This guide provides an overview of alternative textbooks (open educational resources) and offers assistance with finding, adopting, and creating them. © 2016-2021 University of Kentucky Libraries. Licensed with CC BY-SA 4.0.

A recent article sheds light on the impact of high textbook costs on students' basic needs such as housing and food security.  Here & Now on NPR had a report about the exorbitant prices of textbooks and the access codes for the accompanying online exercises:

According to the Student Public Interest Research Groups (Student PIRGs), "sixty-five percent of students have skipped buying a textbook at some point because of cost, and each year, $3 billion of federal student aid goes to pay for textbooks."

The problems are also revealed by these two short videos:

The North Dakota Office of the State Auditor has reported that the use of OER in the state university system has "saved students an estimated $1.1 million to $2.4 million" between Fall 2014 and Fall 2017.  Additionally, it was reported that using OER at different levels of education had led to $1 billion in cumulative savings by the end of 2018:

The effectiveness and perceptions of OER in comparison to traditional textbooks are presented in this study and summarized in this video:

As a matter of fact, the Department of Education announced in late Oct. 2015 the launch of the #GoOpen campaign to encourage educators to "move away from traditional textbooks and toward freely accessible, openly-licensed materials" in order to "ensure that all students – no matter their zip code – have access to high-quality learning resources."

The Open Education Group and Lumen Learning have collaborated to create the OER Adoption Impact Explorer to help educators, higher education institutions, and other stakeholders figure out the impact of using alternative textbooks (open educational resources). 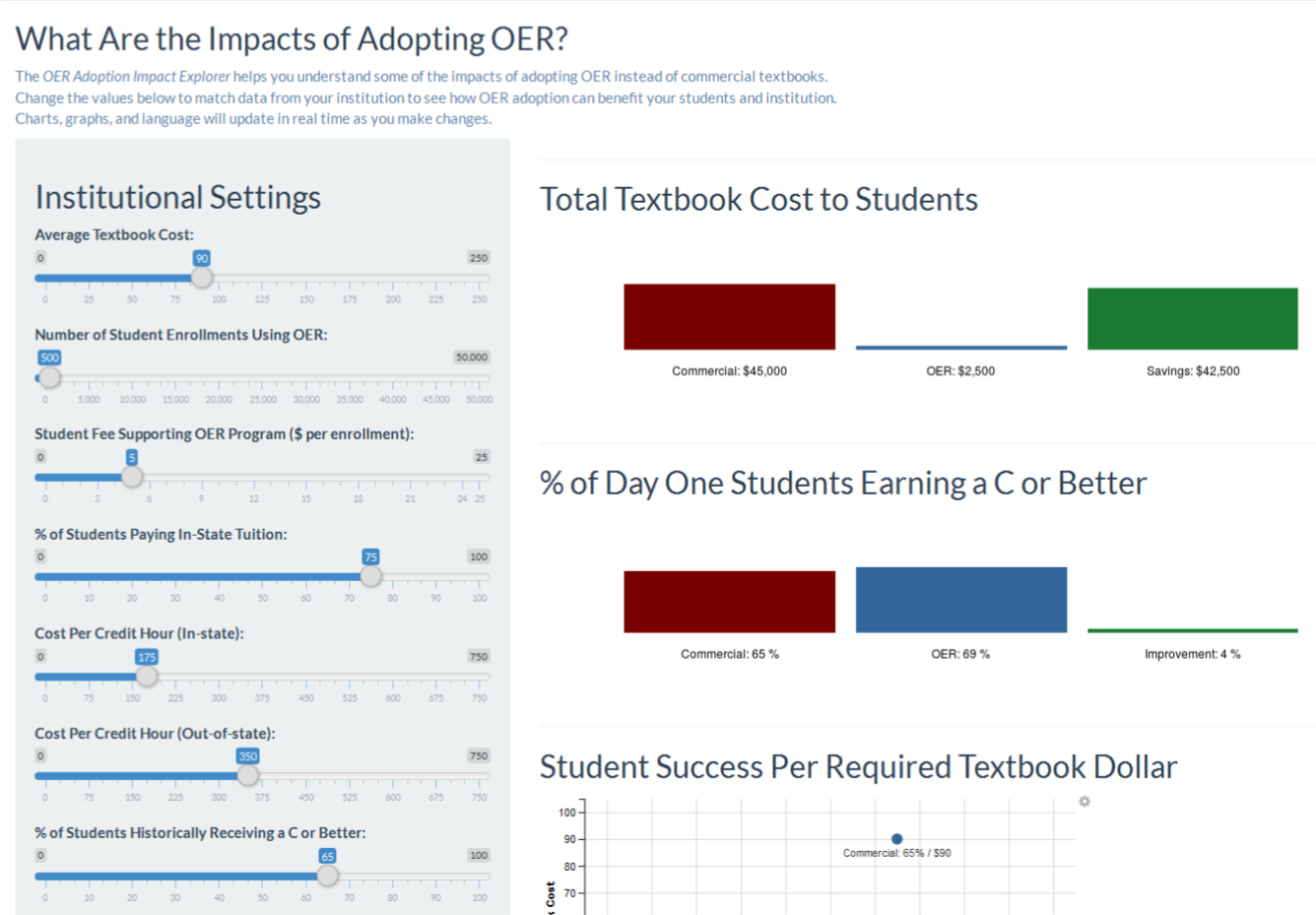 David Wiley, an OER advocate and a faculty member at Brigham Young University, discusses the financial potentials of OER in the video below.