A guide to determining reliability, credibility and bias in news sources

Fake "News" is actually lies or deliberate mis-information and is now being used as a weapon against democracy.  Using salacious headlines, talk radio, television, bots in social media outlets, information is being weaponized to instill distrust and disrupt governments.

The United States must rethink defense in light of recent revelations that adversaries have been using social media and disinformation in an attempt to influence our politics, sow division within our society, and affect battlefields in Europe and the Middle East. While propaganda is hardly a new tactic of war, current technology has made it easier, faster and more effective.  The forum will focus on disinformation and the widespread digital dissemination of propaganda – the “fake news” crisis that is the focus of much of today’s news. Keynote speakers include David Ignatius of the Washington Post and General (ret.) Michael Hayden.  The agenda can be found here.  In an attempt to understand the long-term effects of this strategy and identify possible means of combatting this new threat, we will examine three types of defense strategies -- civil, active and deterrence -- that the United States can deploy.  Our aim is to bring together experts from different disciplines to ensure a robust analysis and discussion.  Panelists will represent military, computer science, legal, policy, journalism and social science expertise.  In the first two panels, we will define the problem:  What is the weaponization of information and why is this a threat to the United States?  In the third panel we will consider defense:  How can we defend America’s democracy from attacks rendered through misinformation, propaganda and other digital information interference? And in the final panel, we will focus on deterrence:  What measures can the United States take to deter our adversaries from spreading propaganda in the hopes of sowing unrest?

This event is co-hosted by Princeton’s Woodrow Wilson School of Public and International Affairs, the School of Engineering and Applied Science, and the Princeton Veterans Alumni Association. It is the Fourth Annual Veteran’s Summit, previously hosted by Yale University and the U.S. Military Academy.

Excellent discussion about targeting and weaponizing fake news and Russia. 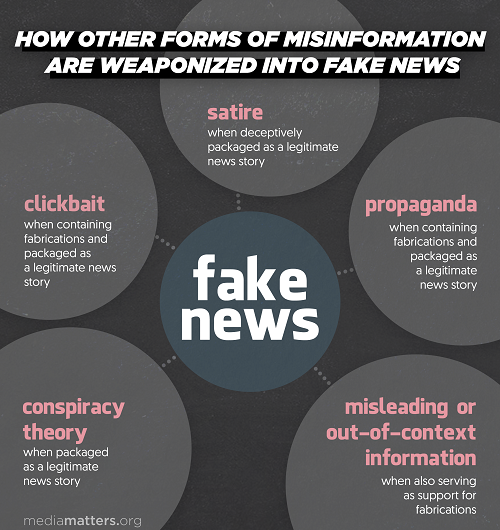 Editor-in-chief of The Interpreter, Michael Weiss, and journalist Peter Pomerantsev presented their report titled “The Menace of Unreality: How the Kremlin Weaponizes Information, Culture, and Money” at the National Endowment for Democracy’s headquarters in Washington, D.C. on November 13, 2014, in collaboration with the Institute of Modern Russia. Hannah Thoburn of the Foreign Policy Initiative provided comments, and David Kramer, President of Freedom House, moderated the discussion.

Indictments of Russian Interference With U.S. Election and Political Processes (2016)

Yale University's Center for Global Legal Challenges, and the Information Society Project, co-hosted the “Weaponizing Information” conference on January 24, 2017. The conference examined how online propaganda, fake news, and dis-information campaigns are reshaping the legal and political calculus, as well as the relationship between international law, military strategy, and cyber conflict.

PLEASE NOTE: AS OF JUNE 13, 2018 THIS IS NOW ONLY AVAILABLE TO THE YALE LAW SCHOOL COMMUNITY.