Read through the New York Times and Kentucky Kernel articles to familiarize yourself with the Cooper-Church Amendment, and the letters from Kentucky citizens who either supported or did not support the amendment. Then listen to the oral history interviews embedded at the bottom of this page. Answer the following questions based on the primary sources.

1.  Who are the narrators of these items?  Under what conditions and circumstances are they writing?

2.  Describe the points of view, conflicts, or biases that you find.

3.  How do these sources change or inform your understanding of the Vietnam War in Kentucky?

4. What was Cooper's position on the Vietnam War?

5. How did Cooper feel about student protests? Support your answer with evidence from the newspaper articles or the oral history interviews.

Cooper and the Vietnam War 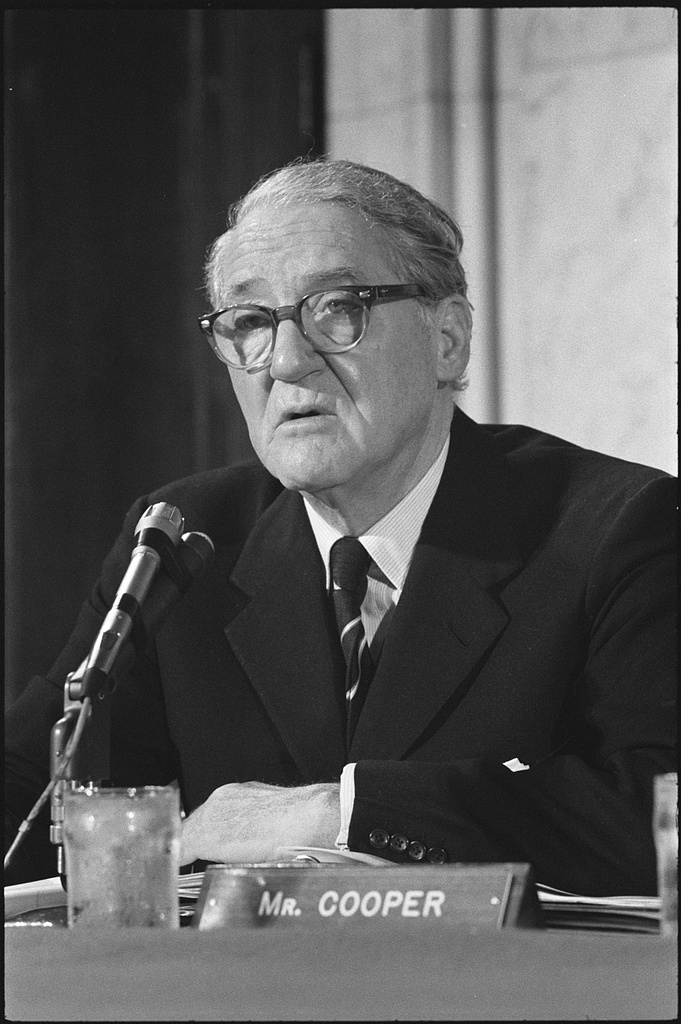 Cooper at a Senate Foreign Relations Committee meeting on the Vietnam War, 1970

John Sherman Cooper (1901-1991) was Republican senator, statesman, and ambassador. He served in the Senate from 1946 to 1948, from 1952 to 1954, and then from 1956 to 1972. A native Kentuckian, Cooper served in the Kentucky General Assembly, and was County Judge and Circuit Judge of Pulaski County. By the time the Vietnam War began, Cooper had established a reputation in the Senate for voting his conscious despite party obligations. As a World War II veteran, Cooper understood the trauma and hardship of war. Cooper was one of the first senators to oppose American involvement in the Vietnam War, leading a lengthy discussion in the Senate over the Gulf of Tonkin Resolution. Cooper firmly believed that peace negotiations were possible with North Vietnam. In 1970, Cooper proposed the first of three amendments that were all known as the Cooper-Church Amendment. The amendment sought to reduce President Nixon's powers to expand the war into Cambodia and Laos. After two failed attempts, the bill was passed on December 22, 1970 and enacted on January 5, 1971.