Enslaved Africans and free men have always served in some capacity with the military in Kentucky, during peacetime and wartime.

U.S. Civil War enlistment and discharge records will include the names of formerly enslaved Africans, and the names and locations of slave owners.

Some men used their self-chosen names when they enlisted.

Pension applications have the names of family members and narratives about the veterans' lives during and after service.

Before Kentucky became a state in 1792, there were Black men who had served in the Revolutionary War, then came to Kentucky to make their home. There is an entry in the Notable Kentucky African Americans Database (NKAA) that will provide additional information (click here). It has been estimated that 5,000 Black men were soldiers, sailors, or employed in some capacity with the Continental Army, and 20,000 with the British Army. Though, there were laws that forbid Black men from joining the military, the shortage of enlisted men led to various amendments that allowed free Black men to serve, and the same and freedom were promised to runaway slaves. Confiscated slaves were also used as military payment to those who had served in the Revolutionary War.

The research is ongoing in search of enslaved Africans and free men in and from Kentucky who served during the War of 1812.

Kentucky provided more than 84,000 men to the armed forces during WWI. More than 40,000 African American men in and from Kentucky registered for service. A small number of these men were born during slavery in Kentucky, 1865 and earlier. 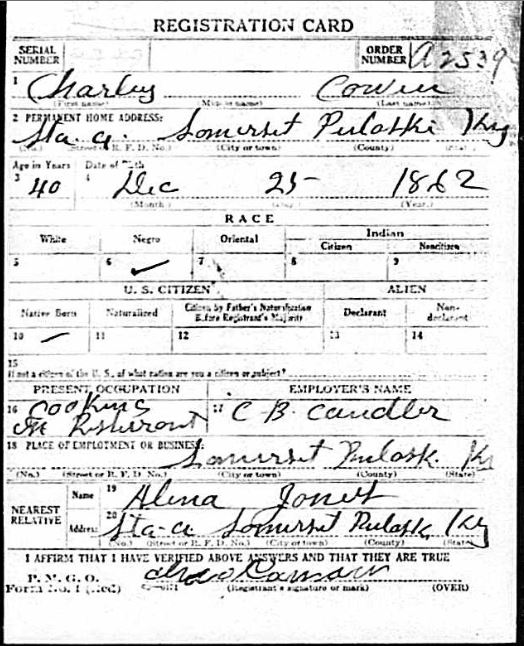 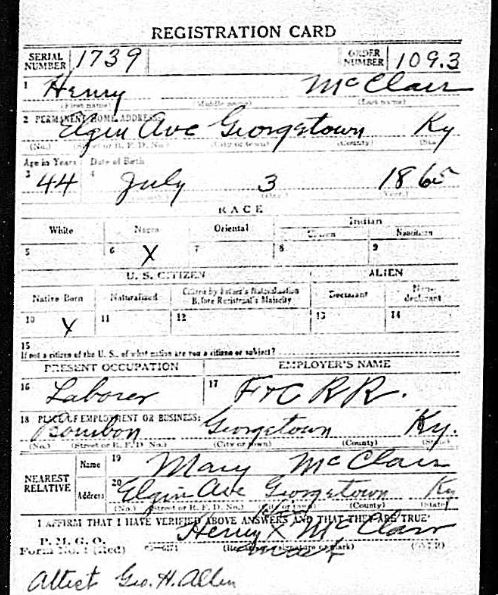 NOTE: See the list of military record sources in the columns to the left.