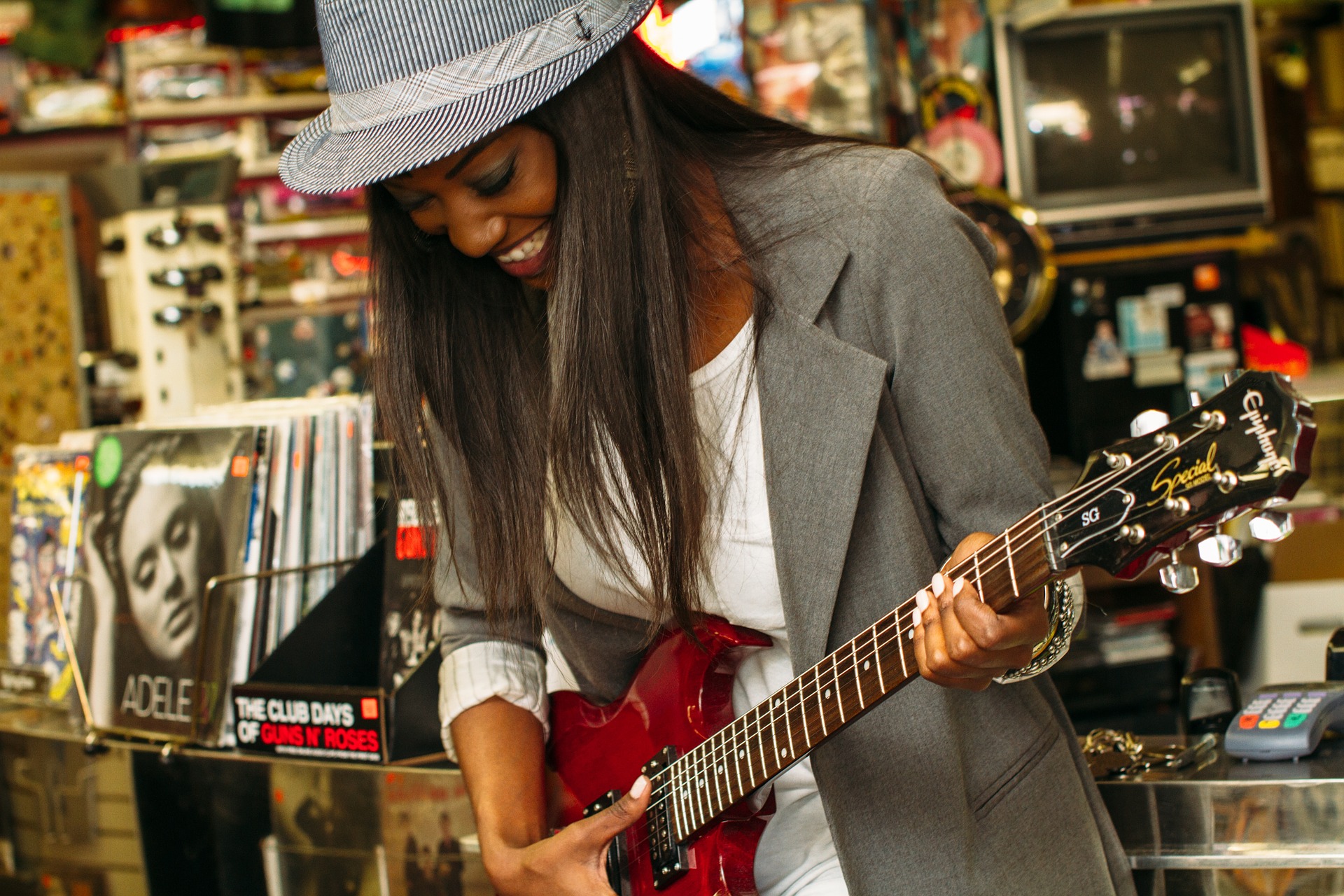 "A [guitar is a] string instrument of the lute family, plucked or strummed, and normally with frets along the fingerboard. The modern classical guitar has six strings, a wooden resonating chamber with incurved sidewalls and a flat back. Traditionally constructed of wood, its body most often follows a figure-eight shape. The guitar’s headstock extends straight up the neck in the same general plane, and tuning mechanisms usually pierce the headstock perpendicularly.

The more powerful instruments—strung with steel strings and played with a plectrum—became the instrument of choice for guitarists playing jazz or jazz-influenced popular music in the 1920s and 30s. The popularity of these instruments prompted other guitar manufacturers to produce arch-top guitars, as well as redesign the flat-top guitar to carry steel strings.

Through the 1930s manufacturers generally concentrated on electrifying the popular Hawaiian guitars, creating the “lap steel,” America’s first commercially successful electric guitar. Popular with country and R&B players for its power, sustain, and durability, the solid-body guitar became the instrument of choice for rock and roll musicians. Although manufacturers and individual builders experimented with new materials and designs in the final years of the 20th century, tradition dominates American guitar design, construction, and sales in the early-21st century."