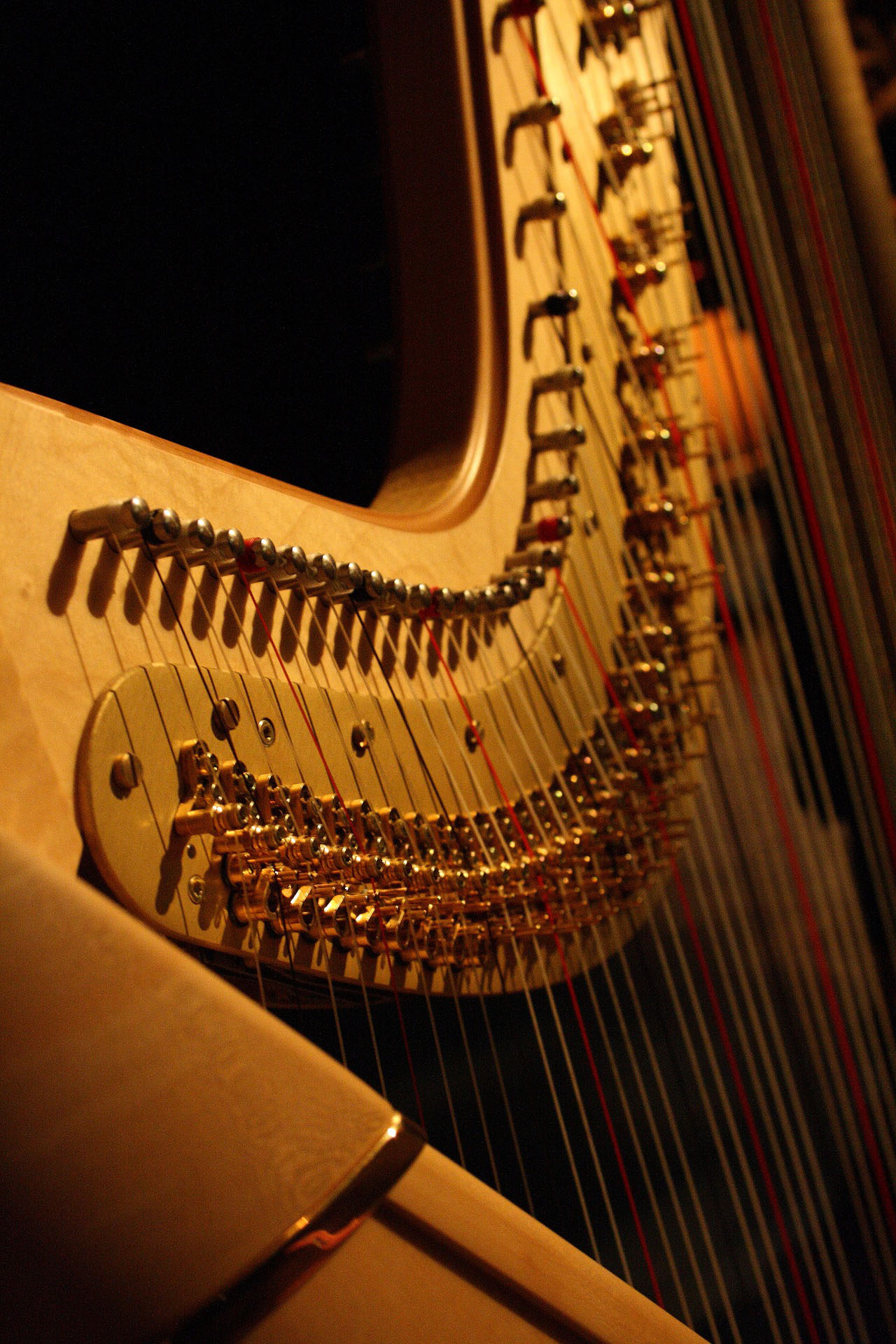 "An instrument with its strings standing free, to be plucked with the hands from both sides; they are attached at one end to a ‘string bar’ which runs along a sloping soundboard from end to end. From this they rise in a perpendicular plane to a neck, where they are tuned with a key or by other means."

"Arched, or ‘bow’, harps may be seen as elaborations of the musical bow with the base of the curved neck inserted in one end of a resonator of gourd or carved wood, and a string-holder stick lodged near the base of the neck and running under the sound-skin under tension. Such instruments were used in the Middle East and Egypt in the 3rd millennium BC and are still widely played in East and Central Africa."

"A new generation of pedal harps was introduced in 1996 by the French firm Camac, which reduced the weight and strengthened and stabilized the pedal, tracker, and forked-disc mechanism by using light modern materials and modifying the design. The strings fan out, especially in the higher octaves, rather than being parallel to each other, and the neck and resonator joint is lower down, making the higher reaches of the instrument more comfortable to play."