This guide will help you find scores, recordings, librettos, and other resources about opera. 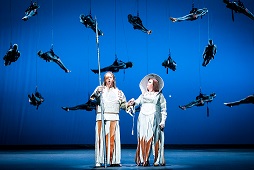 Friday, May 14
The Audition
This feature-length documentary takes you behind the scenes of the Met’s National Council Auditions, in which, each year, thousands of hopefuls compete for a cash prize, the chance to sing on the Met stage—and the opportunity to launch a major operatic career. Directed by Susan Froemke.

Opera specialists from @E_N_O take to the COVID-19 frontline to help recovery. https://t.co/btQxTr1cGx