Recordings & Videos in the Library 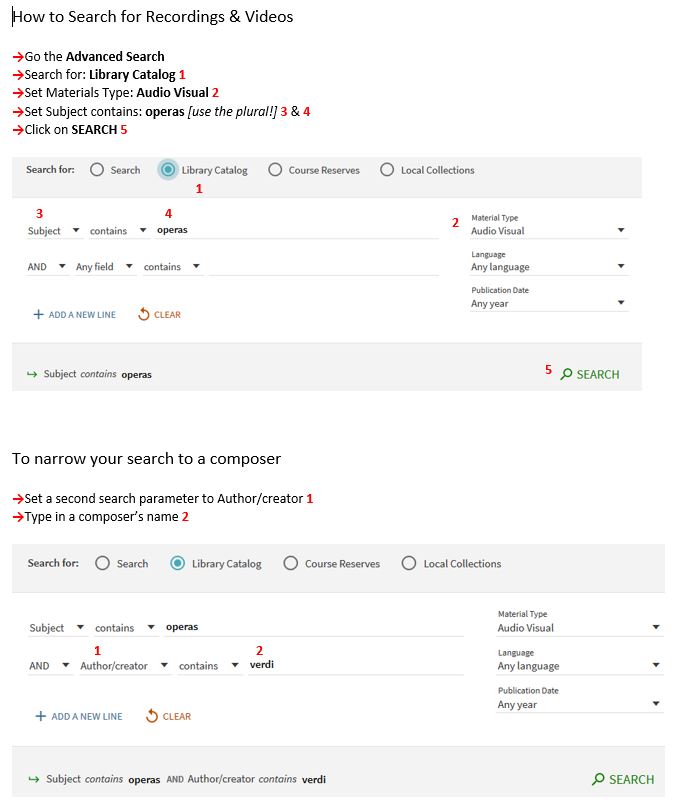 OperaVision is a free streaming service supported by the European Union's Creative Europe programme. Only a handful of titles are currently available, but the database is growing.

You can also find opera performances and documentaries in streaming resources that are not limited to music or opera. Some of the below databases only have a handful of titles, but you might find just what you're looking for!

Films on Demand  If you are working with younger children, check out their "Opera Easy" series.

kanopy The UK Libraries leases title by title. If you see a film you'd like to view, please send me a note Paula Hickner.

medici.tv's library features over 2,000 programs of concerts, operas, ballets, documentaries, and master classes. The New York Times calls it "the closest thing to a classical Netflix."

Go to the bottom of any page to sign up for the medici.tv Newsletter.

Classical Music Library includes all major genres from medieval to contemporary periods. Currently the site has over 75,000 albums with more than 1.2 million tracks.

Naxos Music Library offers streaming access to more than 141,480 CDs with more than 2,190,800 tracks of both standard and rare repertoire. Over 800 new CDs are added to the library every month.

Naxos Music Library has over 700 opera libretti and synopses.