Basic resources for finding information on and music for brass instruments

Recordings & Videos in the Library 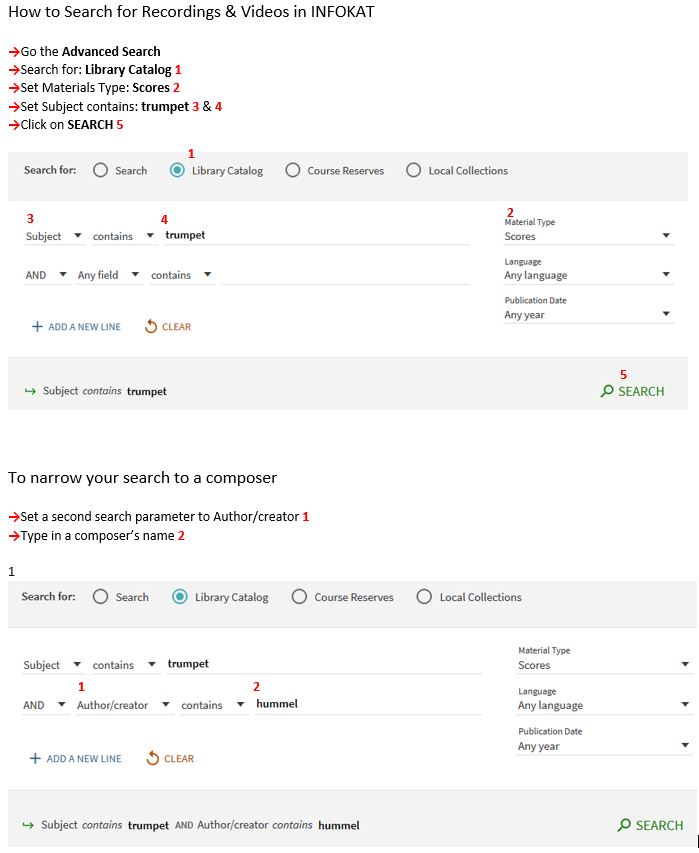 Video Streaming Resources at the Library

medici.tv's library features over 2,000 programs of concerts, operas, ballets, documentaries, and master classes. The New York Times calls it "the closest thing to a classical Netflix."

Go to the bottom of any page to sign up for the medici.tv Newsletter.

Audio Streaming Resources at the Library

Classical Music Library includes music of all major genres from medieval to contemporary periods. Currently the site has over 75,000 albums with more than 1.2 million tracks.

Naxos Music Library offers access to more than 141,480 CDs with more than 2,190,800 tracks of both standard and rare repertoire. Over 800 new CDs are added to the library every month.