Memorial Hall was built at Limestone St. and Graham Ave. at the southern boundary of the original 52-acre park and fair grounds donated to the University by the City of Lexington in 1878 (detail from 1855 map, below).  Details from city maps 1903-1929 and campus maps, 1922 and 1934, are below.

In 1919, when the campaign to fund the Memorial building began, there were 13 main buildings on campus (not including smaller, working structures):  1 library, 1 gymnasium, 2 dormitories (one men's, one women's), 5 academic/research buildings, and 4 mixed administrative and academic buildings.  Student population for the 1919-1920 school year was 768 men and 300 women. 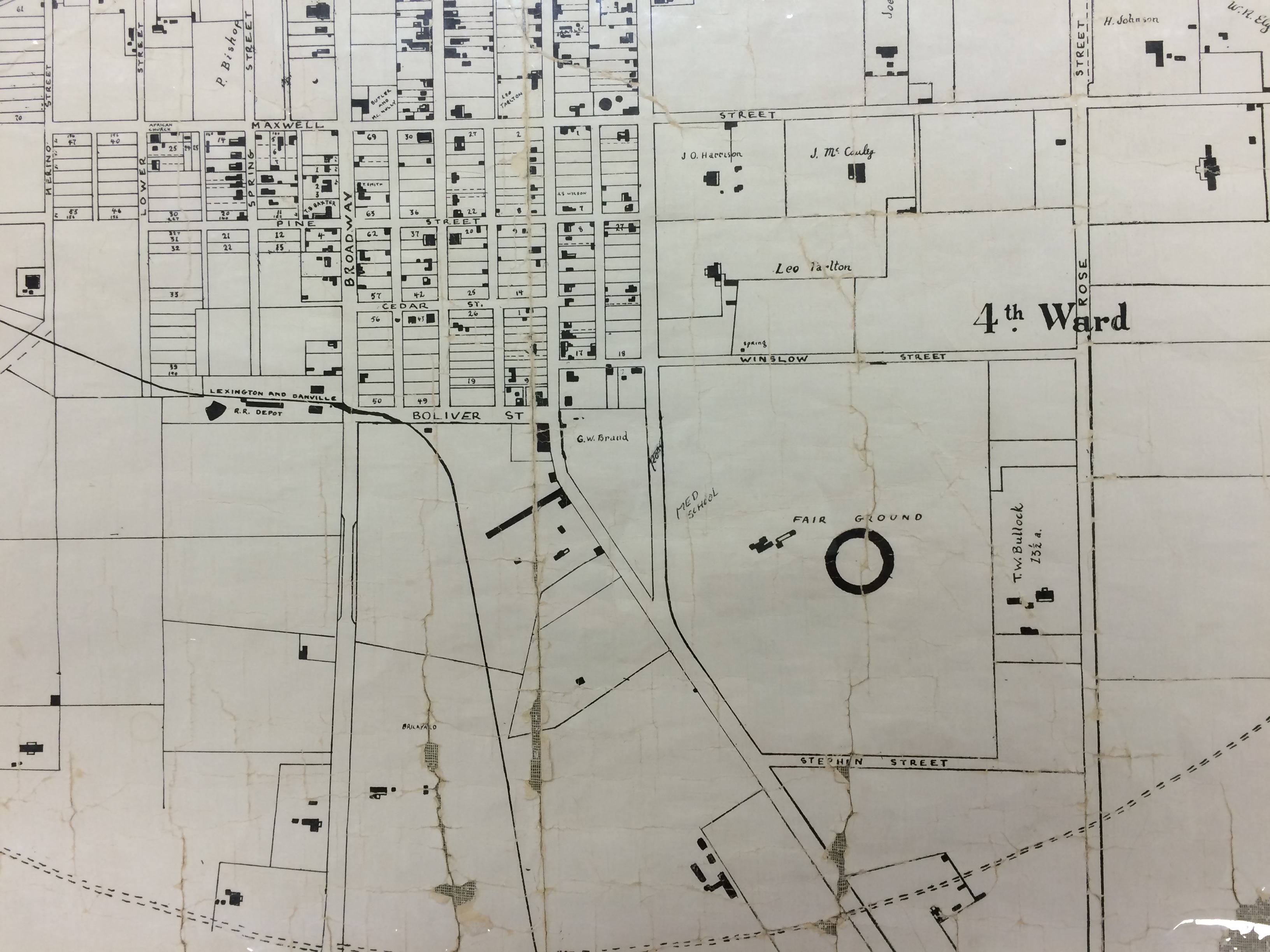 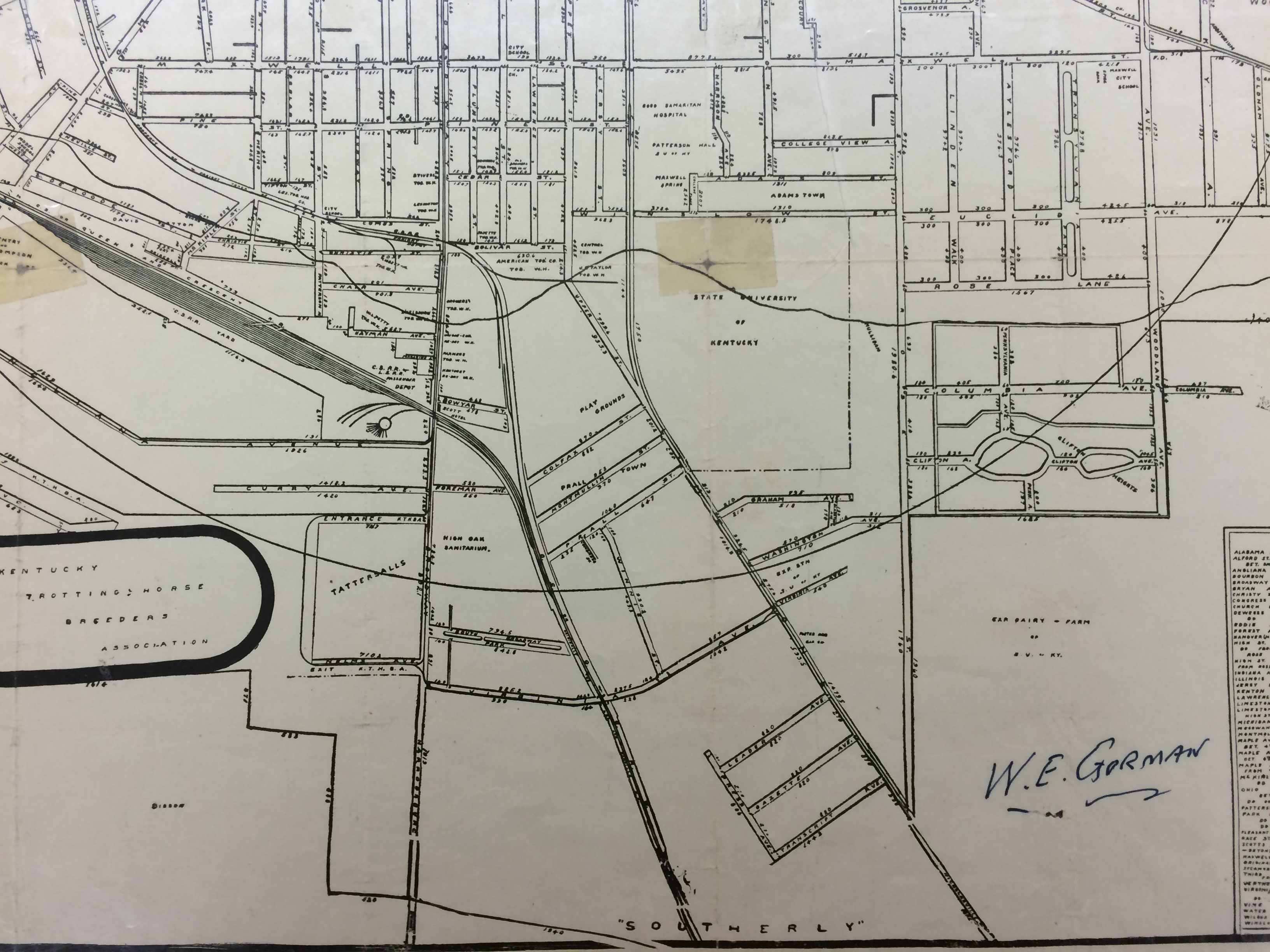 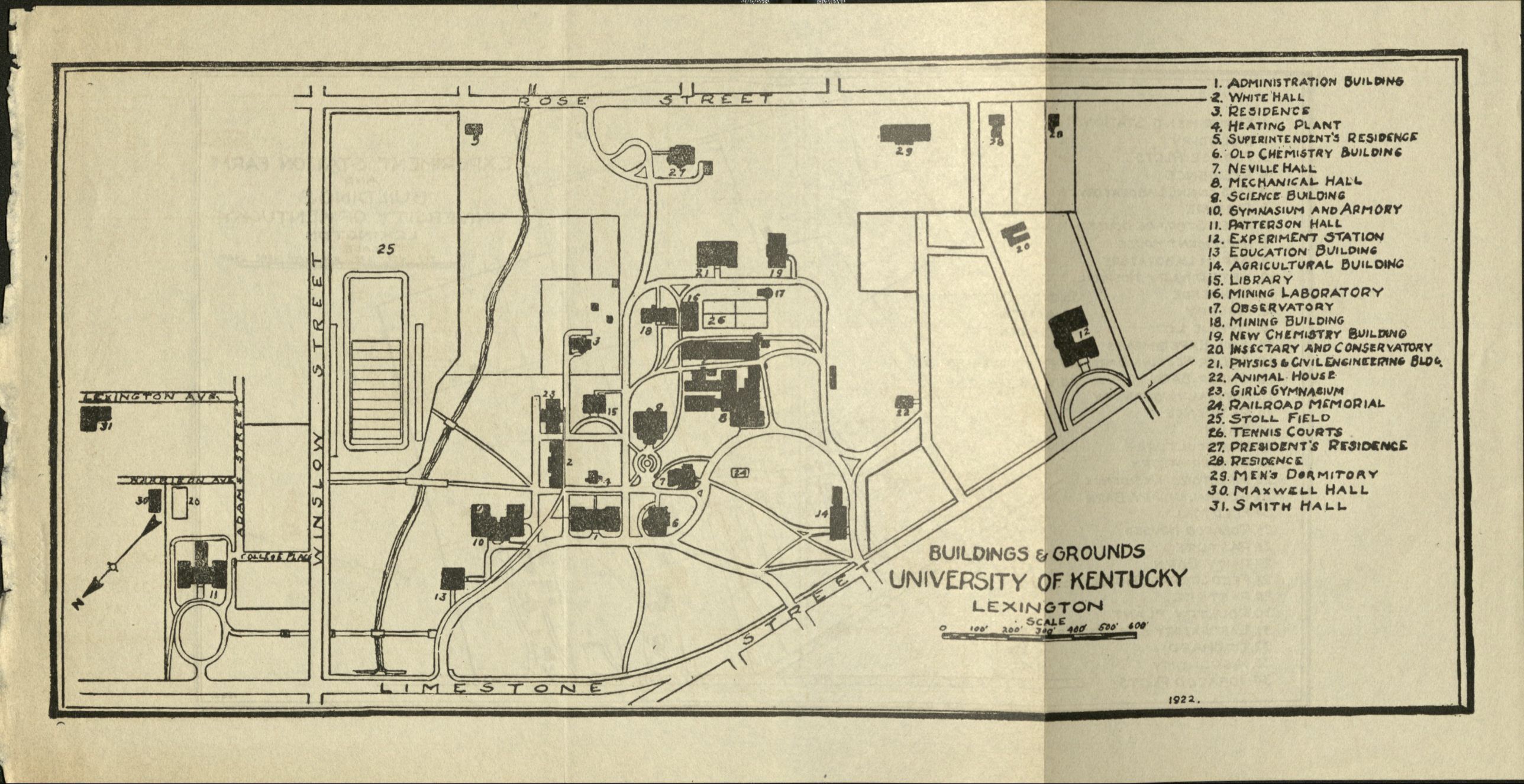 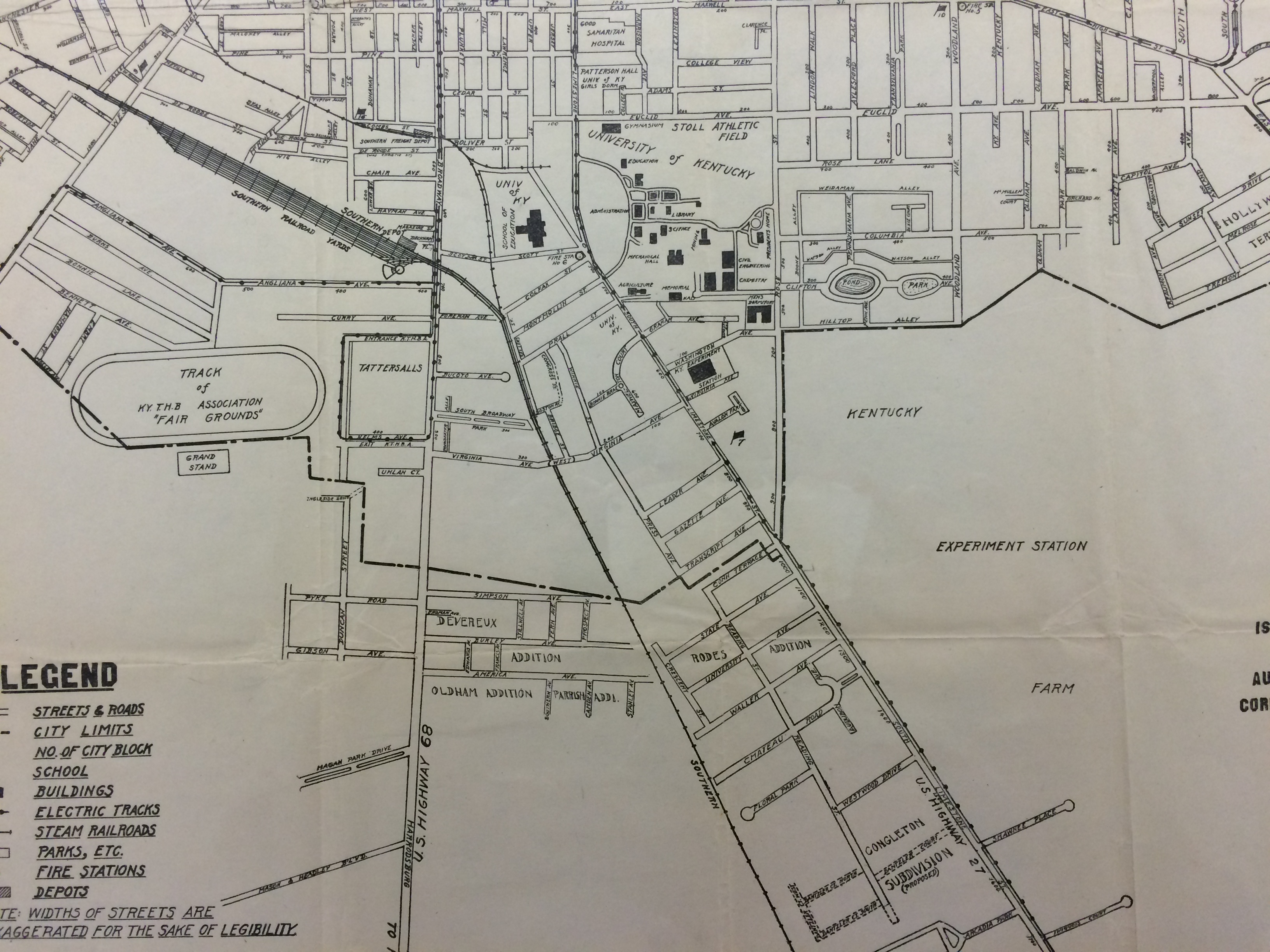 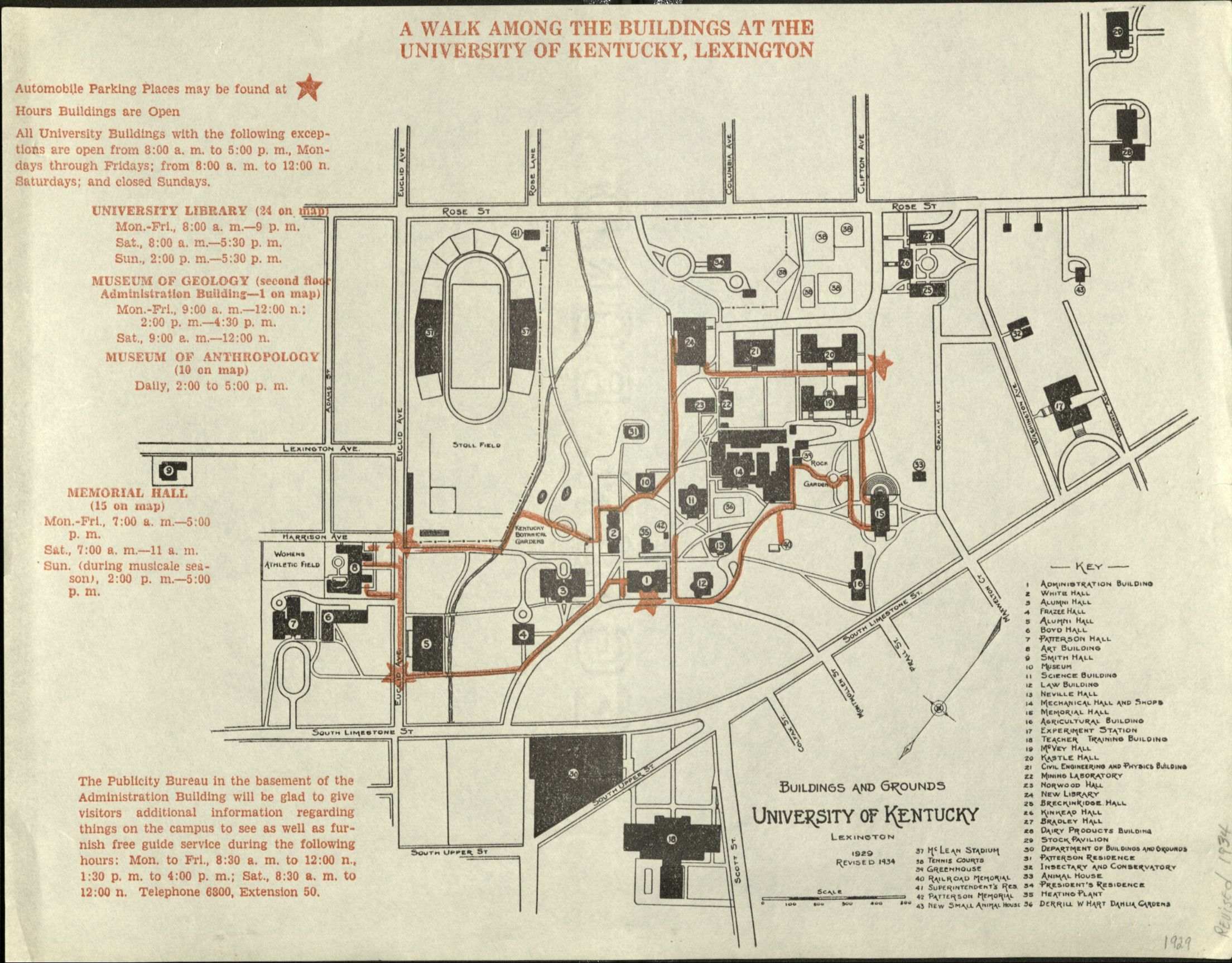 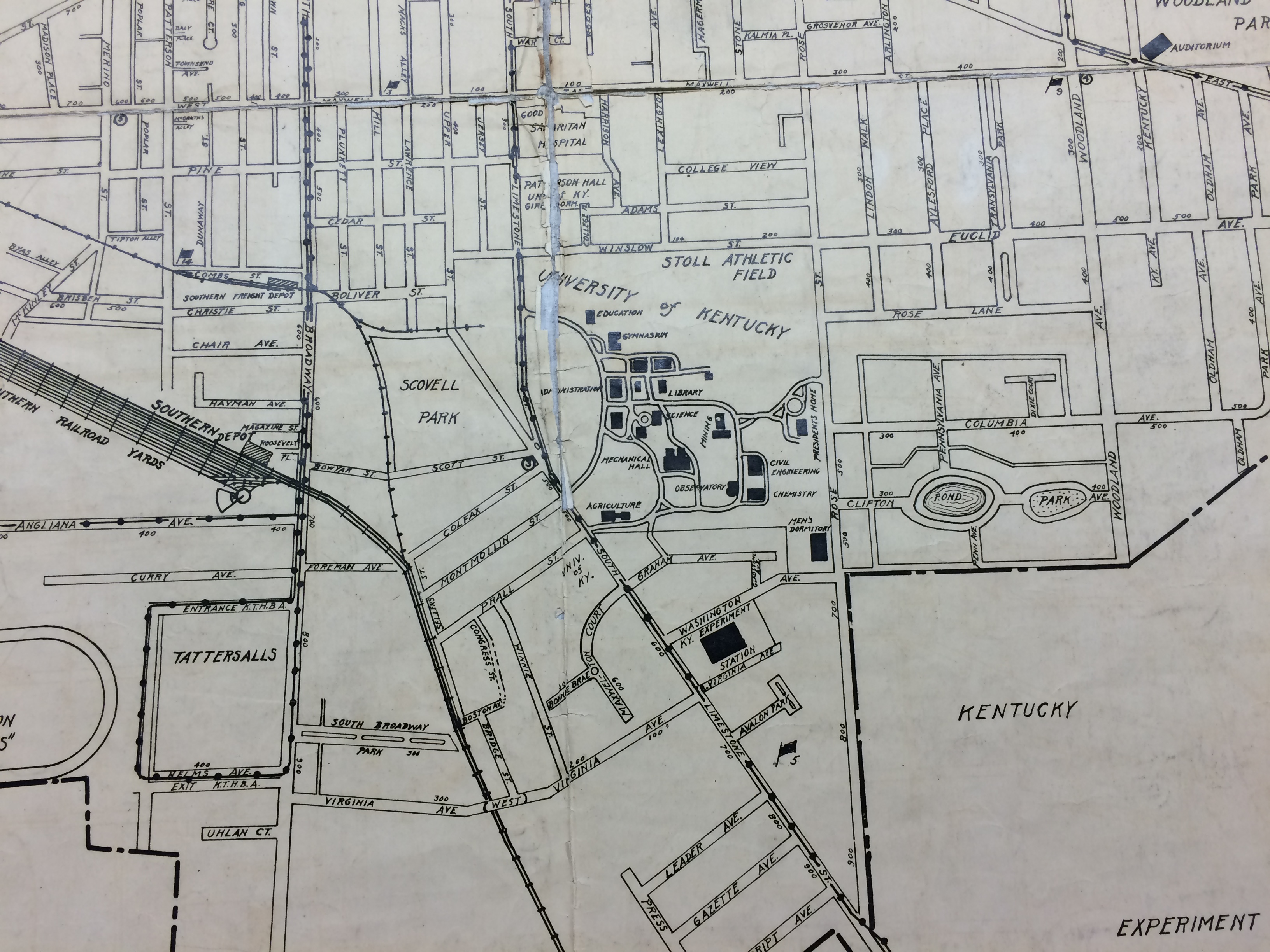