LaVon Van Williams, Jr. is a former University of Kentucky basketball player (on the National Championship team of 1978), who is also a fifth generation woodcarver.  He started carving at 15 years old, and calls his work "urban folk art".  His stained reliefs and figures captures churchgoing men and women, jazz players, and couples, telling stories of life in urban African-American communities.  Williams created the logo of the National Black Libraries Association, and his work has been included in the national touring show "When the Spirit Moves: African American Art Inspired by Dance".  He has been included in many exhibitions around the country.

The carving on Raisin' Rent is unique in that it is different on each side.  This intricate work, with multiple figures, has a continuous feel of a party and people in constant motion. The work evokes all of the arts - theatre, dance, music, and visual arts - making it a perfect piece for the Little Fine Arts Library. 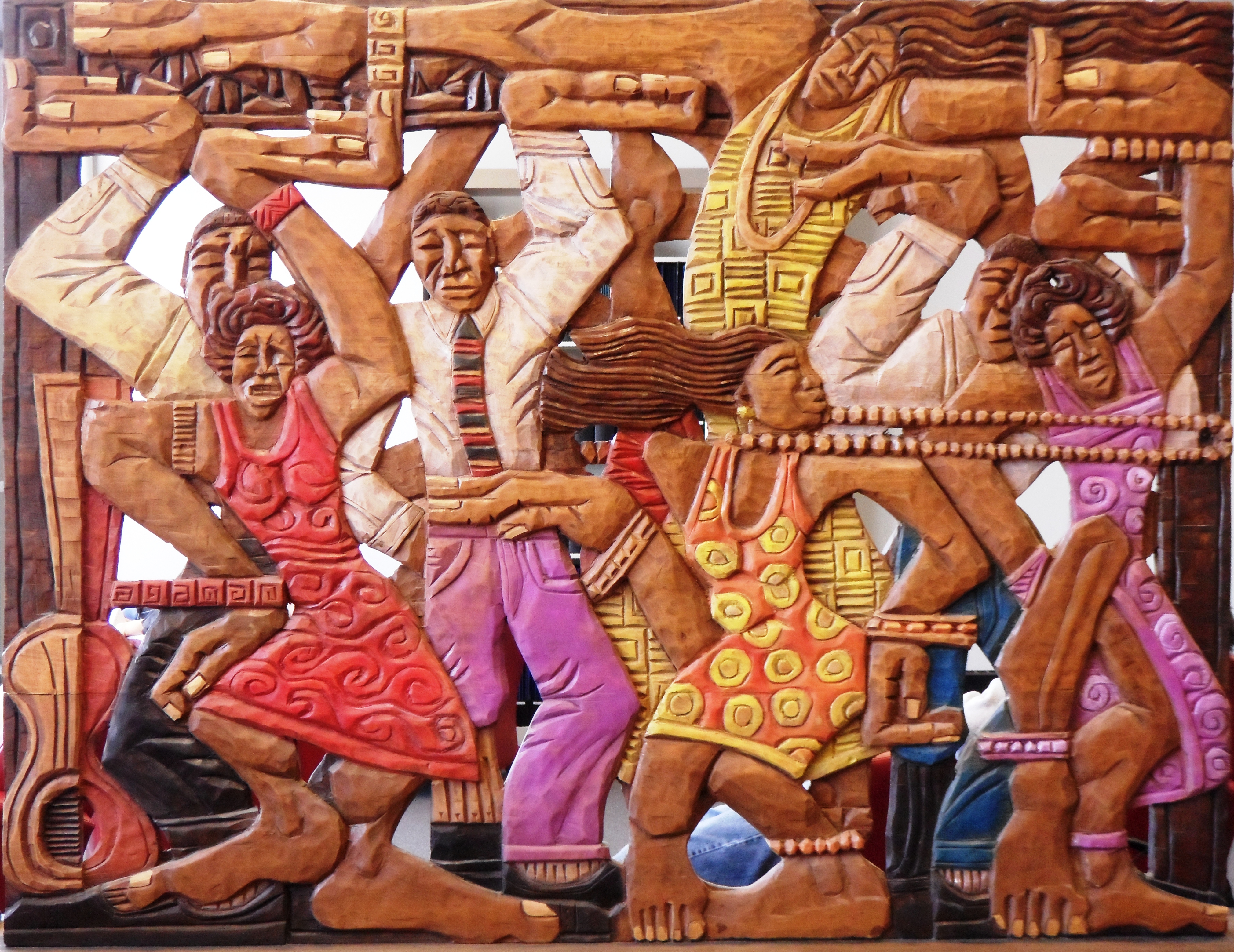 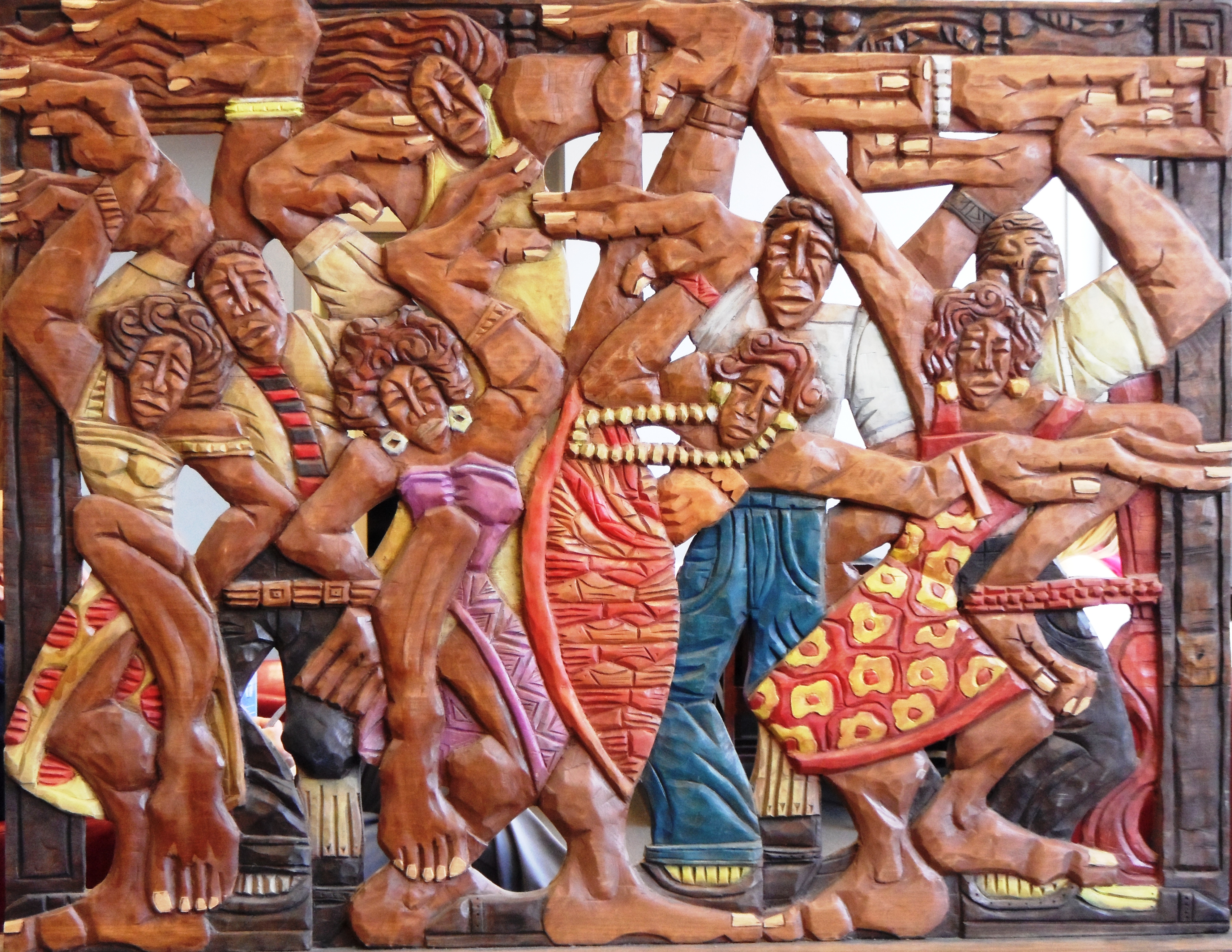