The depiction of the African Americans is the most repeated complaint about the Ann Rice O'Hanlon Mural at the University of Kentucky in Memorial Hall. The complaints date back to at least the 1970s. It has only been with the most recent complaints in 2015 that there has been a plethora of conversations and documentation taking place on campus, and in the media and the social media. Only a few of those sources referring to the actions and reactions are listed in this research guide.  Additional sources may be found by searching within the databases provided by the University of Kentucky Libraries.

"Since the mid-1970s the University Administration has received several complaints alleging racist overtones in the mural, criticisms which are based on O'Hanlon's depiction of blacks in "demeaning, stereotyped" attitudes and roles. These charges seem ironic in view of the fact that the artist's intention throughout the mural was to document the importance of blacks to this nation's development and to point out the unequal social status suffered by black people throughout our national history. For example, the young man hiding in the tree outside the chautauqua tent must hear the debate from this awkward vantage point; the young black children watching the boys fishing are not allowed to fish there themselves; and the young girl buying a ticket to the chautauqua is socially ostracized, since she is an individual of mixed parentage. Like many other New Deal artists, O'Hanlon was extremely aware of the social injustices endured by black people. Some of these artists documented racial injustice in an impassioned, unequivocal way -- others, like O'Hanlon chose a quieter, more subtle method of making their commentaries."

The Mural is Covered 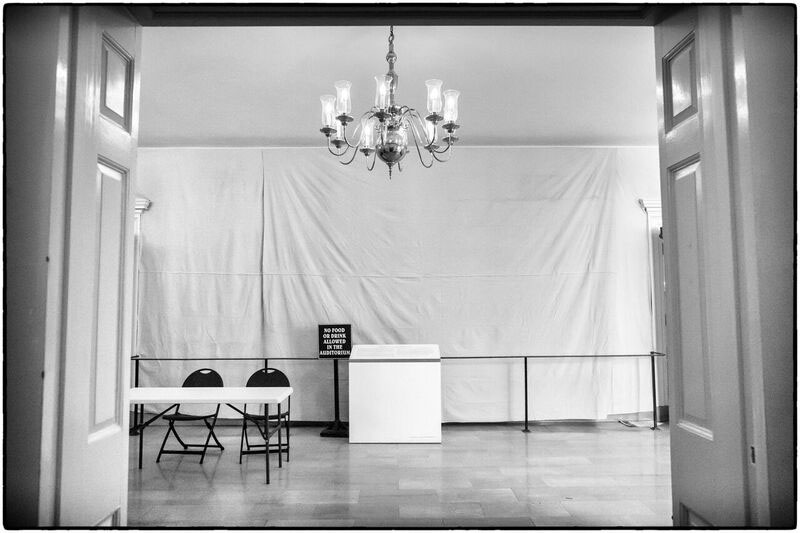 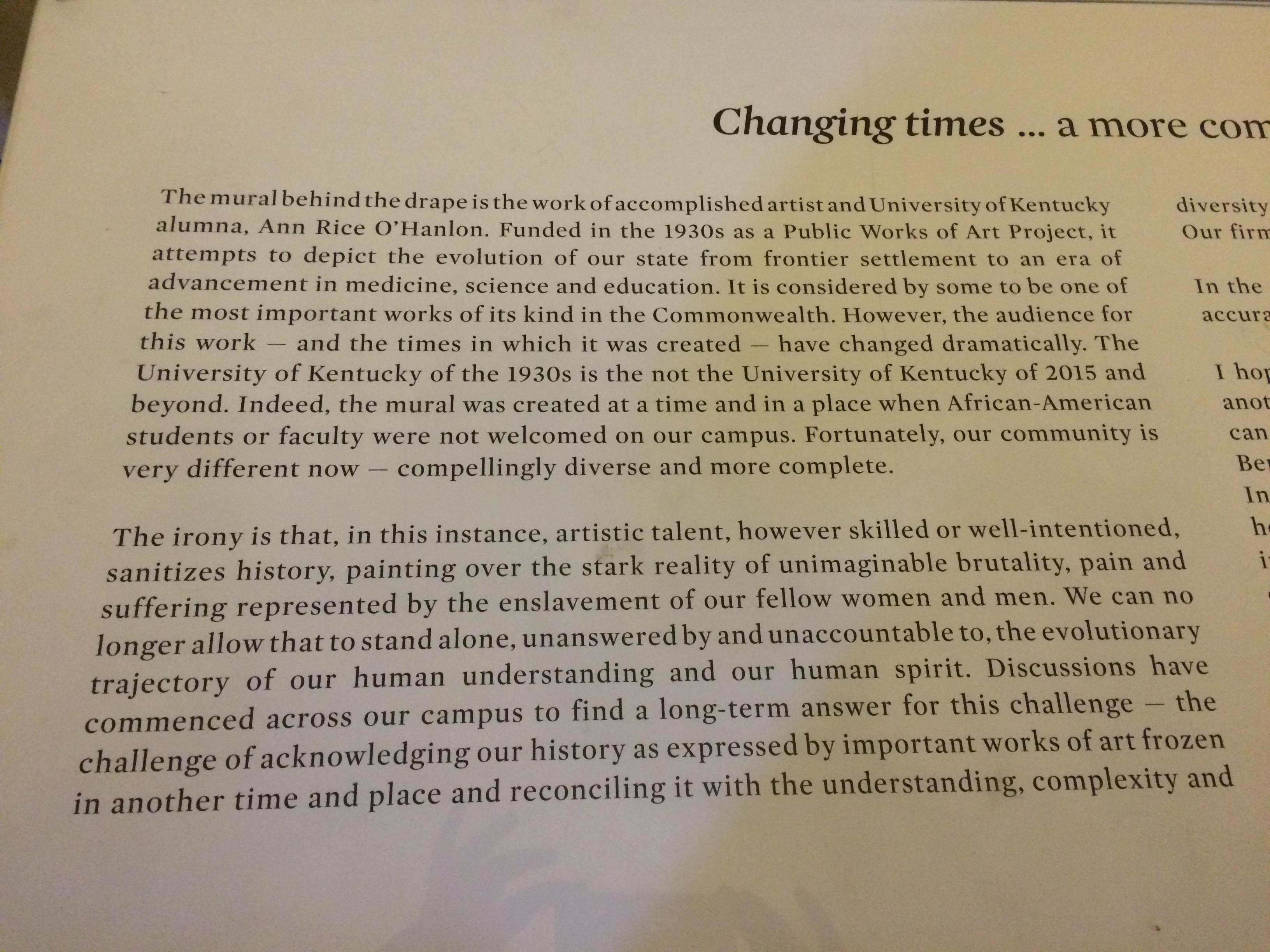 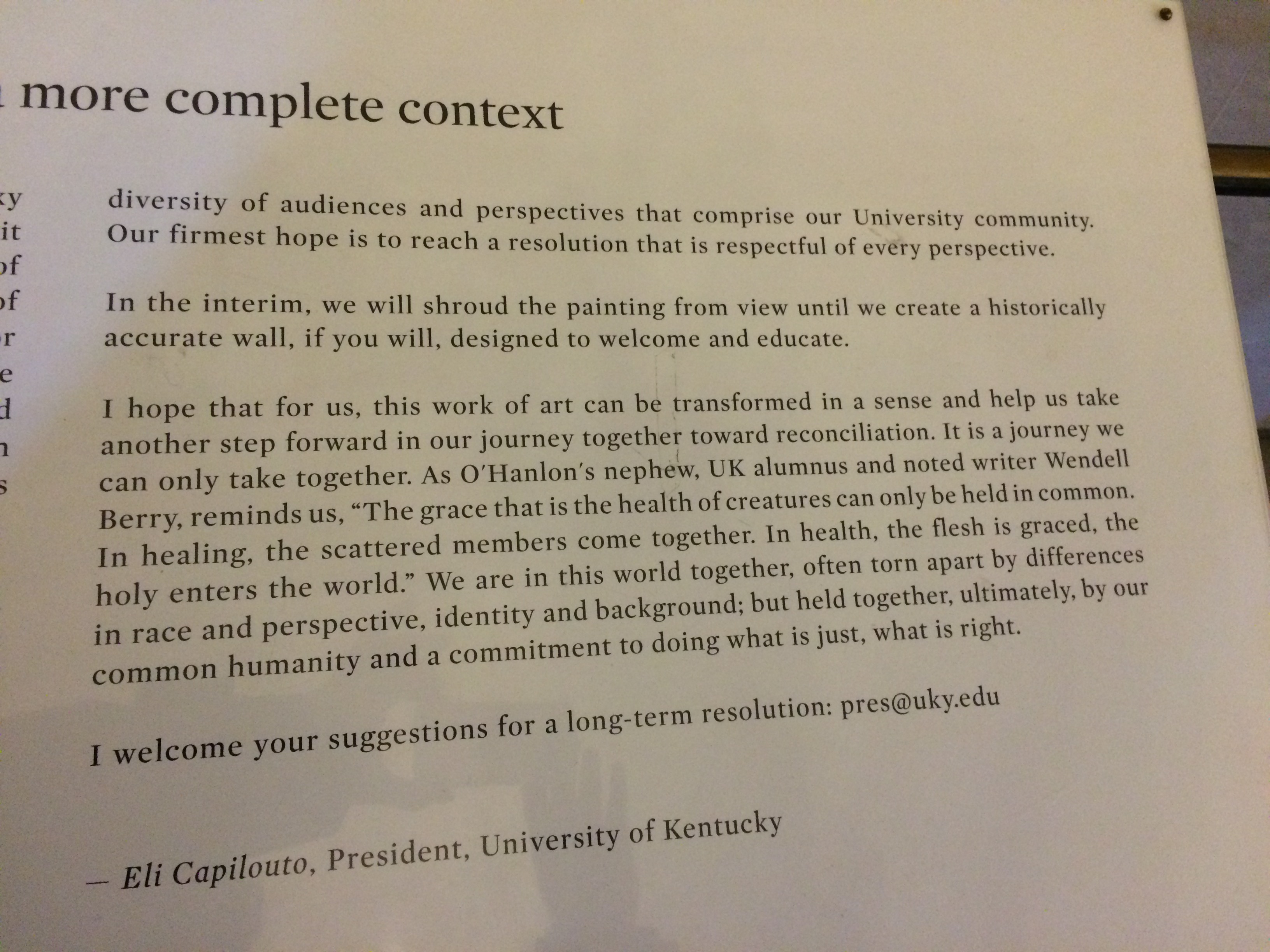