Plato (427-347 BC) was a Greek philosopher. He studied under Socrates, and many of his Dialogues describe Socrates and the Socratic method as Socrates himself never wrote any of his philosophy down. Plato later taught Aristotle at The Academy, the first supposed institute specifically for higher learning. His main concern was the "universal form". This included both physical objects, such as chairs, horses, and man, as well as abstract concepts like truth, beauty, and justice. Plato remains an incredibly influential philosopher, particularly in the fields of mathematics, political science, and religion. 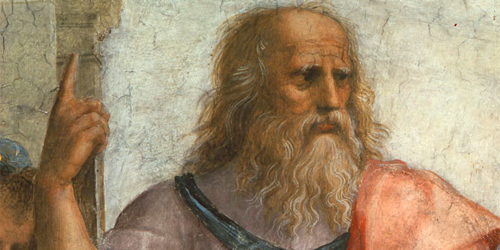