Richardson Collection of Movable Books: Pop Up Books over Time

The earliest surviving examples of movable books are from the 13th Century.  While it is not known who actually invented the first movable book, Ramon Llull of Majorca, a poet, used revolving disks (known as volvelles) in his literature to help demonstrate his complex theories. Each Category of Group, Unit, and Letter would be placed onto their own circle. These circles would them be placed one on top of the other and would turn to reveal information.

"Lift-the-flap” type pop-ups were seen as early as the 14th century. These devices were used more for anatomy books than any other type of literature. The most famous, printed in 1543, was Andreas Vesalius' De humani corporis fabrica librorum epitome, featured the human anatomy in seven superimposed layers. How much cooler would anatomy textbooks be today, if they still used methods like this?!

It was not until the 18th Century that the devices of movable literature moved into the world Children’s literature. In 1770, publisher Robert Sayer produced a line of books called, “metamorphoses books.” Also called, “harlequinades” or “turn-up” books, these books were composed of single, printed sheets folded perpendicularly into four. Hinged at the top and bottom of each fold, the picture was cut through horizontally across the center to make two flaps that could be opened up or down. When raised, the pages disclosed another hidden picture underneath, each having a few lines of text. This is what inspired the popularity of paper dolls in the early 1800s.

Dean & Son Publishing were responsible for the release of the first large quantity of movable books in the 1860s and prided themselves in the construction methods they used to complete their books. Dean & Son created a special department solely devoted to the creation of movable books, where they specialized in the “peep-show” method, no called tunnel books. In this method, each layer of material is connected to the next by a piece of ribbon that would come out at the top layer. When this ribbon was pulled, the whole page would come to life and into perspective.

The Father of the Pop-Up Book

Lothar Meggendorfer is known as the father of the Pop-Up Book. While many types of movable books came before him, Lothar is credited as inventing the Pop-Up book as we think of it today. In the 19th Century, Lothar Meggendorfer was not satisfied with the current status of moveable books and wanted more than one action per page, which had never been done before. His first books often contained five parts per page that could move simultaneously and in different directions.

Meggendorfer was known for integrating intricate levers and pull tabs that were hidden in between pages. He also used many new elements including curls of copper wire, metal rivets, and other devices that would be attached to the levers and pull tabs. Many of the methods that Meggendorfer is credited with are still used in Pop-Up books today. While Lothar Meggendorfer is the father of the Pop-Up Book, the term “Pop-Up” wouldn’t be used until much later. Each year, the Moveable Book Society awards a pop-up book an award in the name of Meggendorfer.

The first movable books produced in American came from the McLoughlin Brothers, out of New York. The McLoughlin Brothers released two separate series of a line of books called the “Little Showman’s Series” in the 1880s. These books all contained three-dimensional scenes that often unfolded into multi-layered displays.

One of the First World War Began, production of the labor-intense movable books decreased dramatically. In 1929, a brand new series of movable books were released. Publisher S. Louis Giraud originated and produced a line of books called “Living Models,” which featured moveable items. These books are what we would consider authentic “Pop-Up” books. The main difference between Giraud’s books and his German counterparts was the price. German Pop-Up books were relatively expensive, and Giraud’s books were much more moderately priced. The main difference was the production process, Giraud’s books were made using cheaper, coarse paper, and cheaper printing techniques. Despite the lack of quality, Giraud's books reached a much wider audience and were extremely popular.

Pop-ups in Our Collection 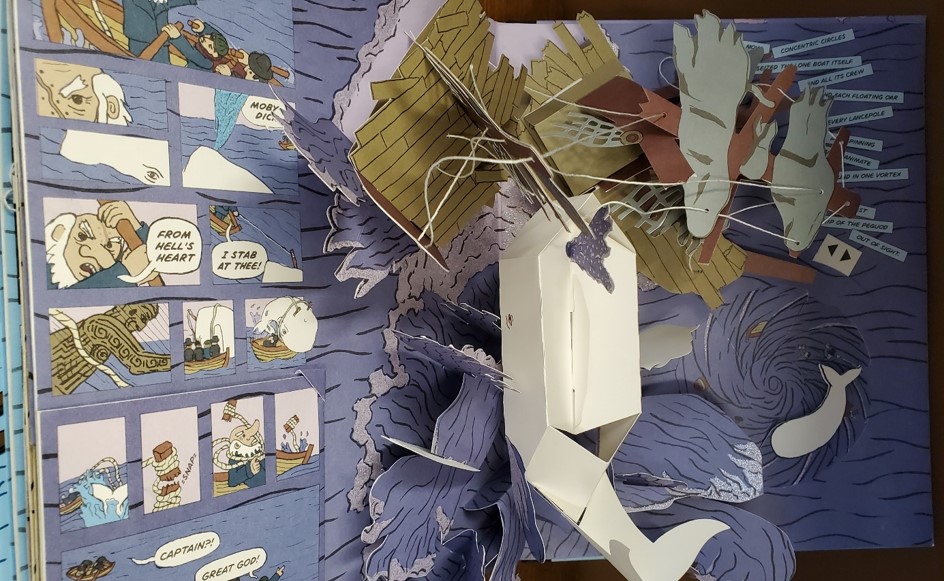 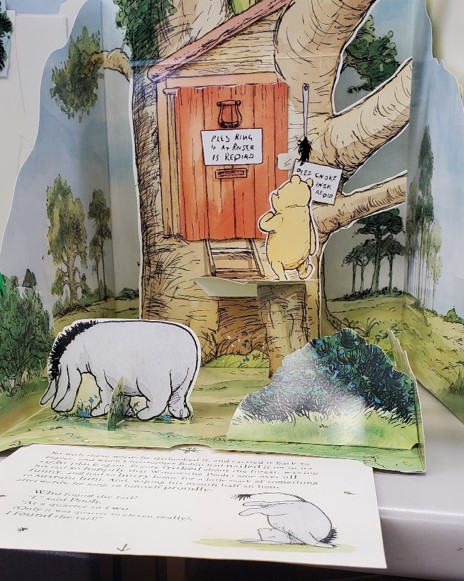 The magical pop-up world of Winnie-the-Pooh (2003) 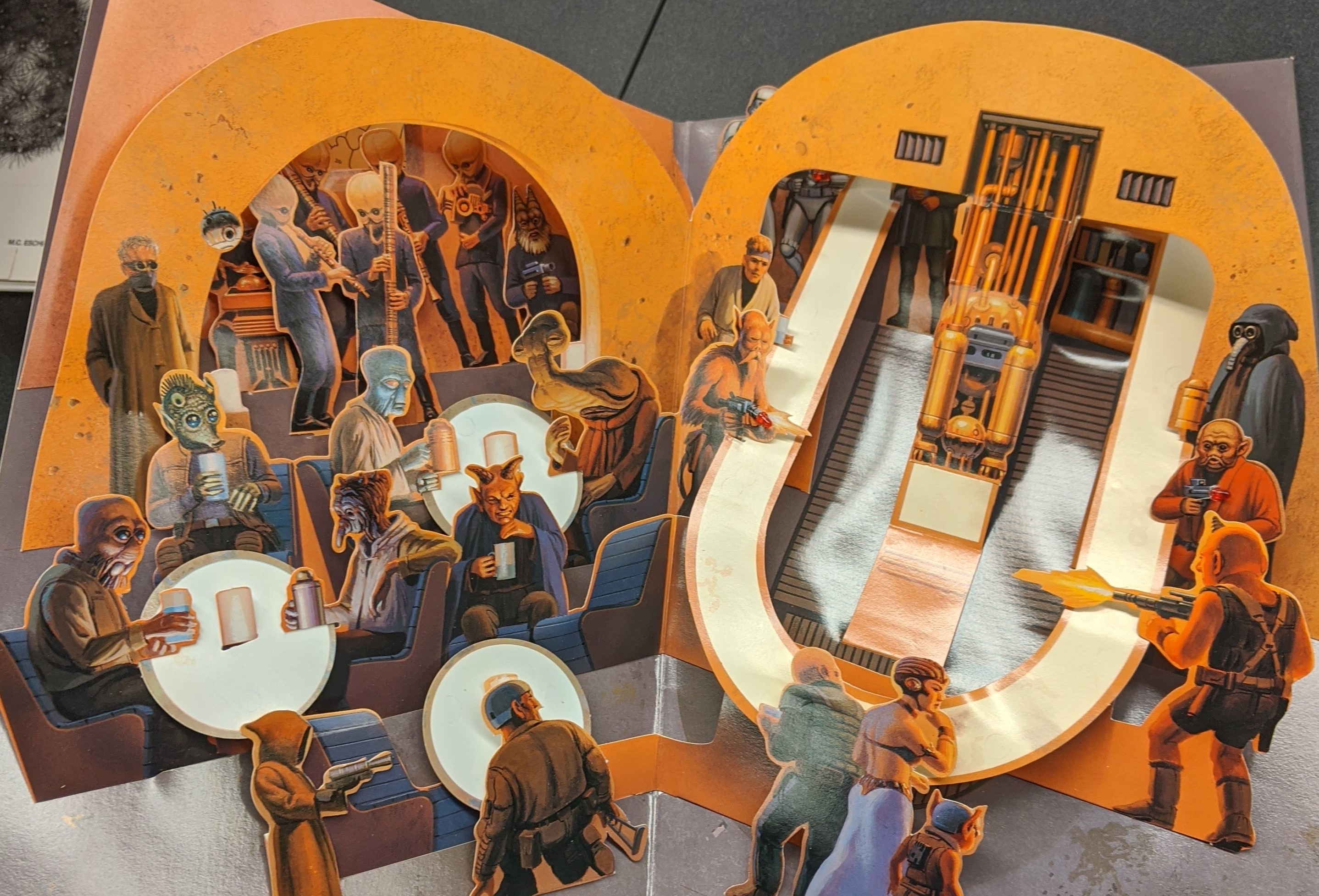 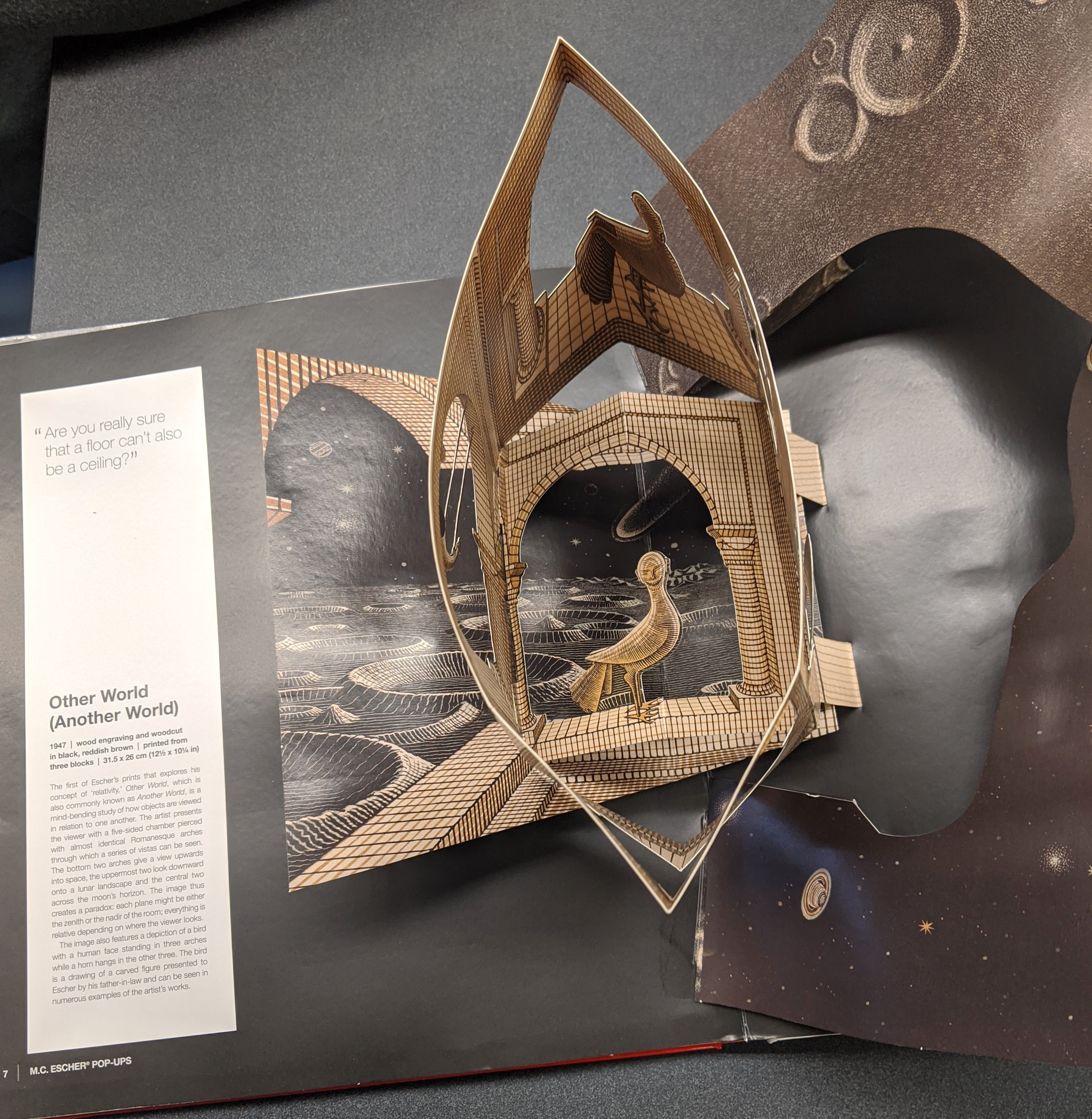 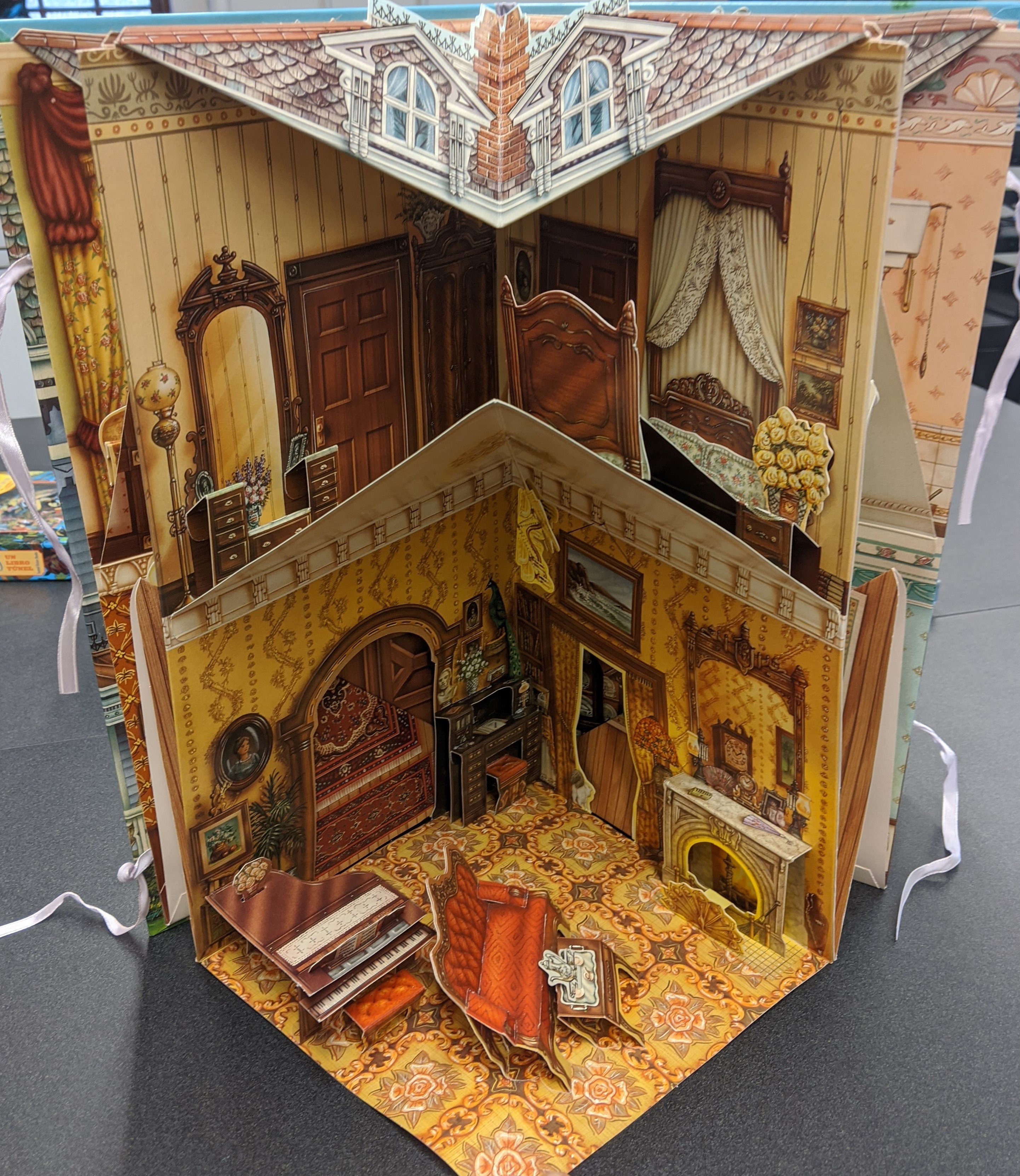 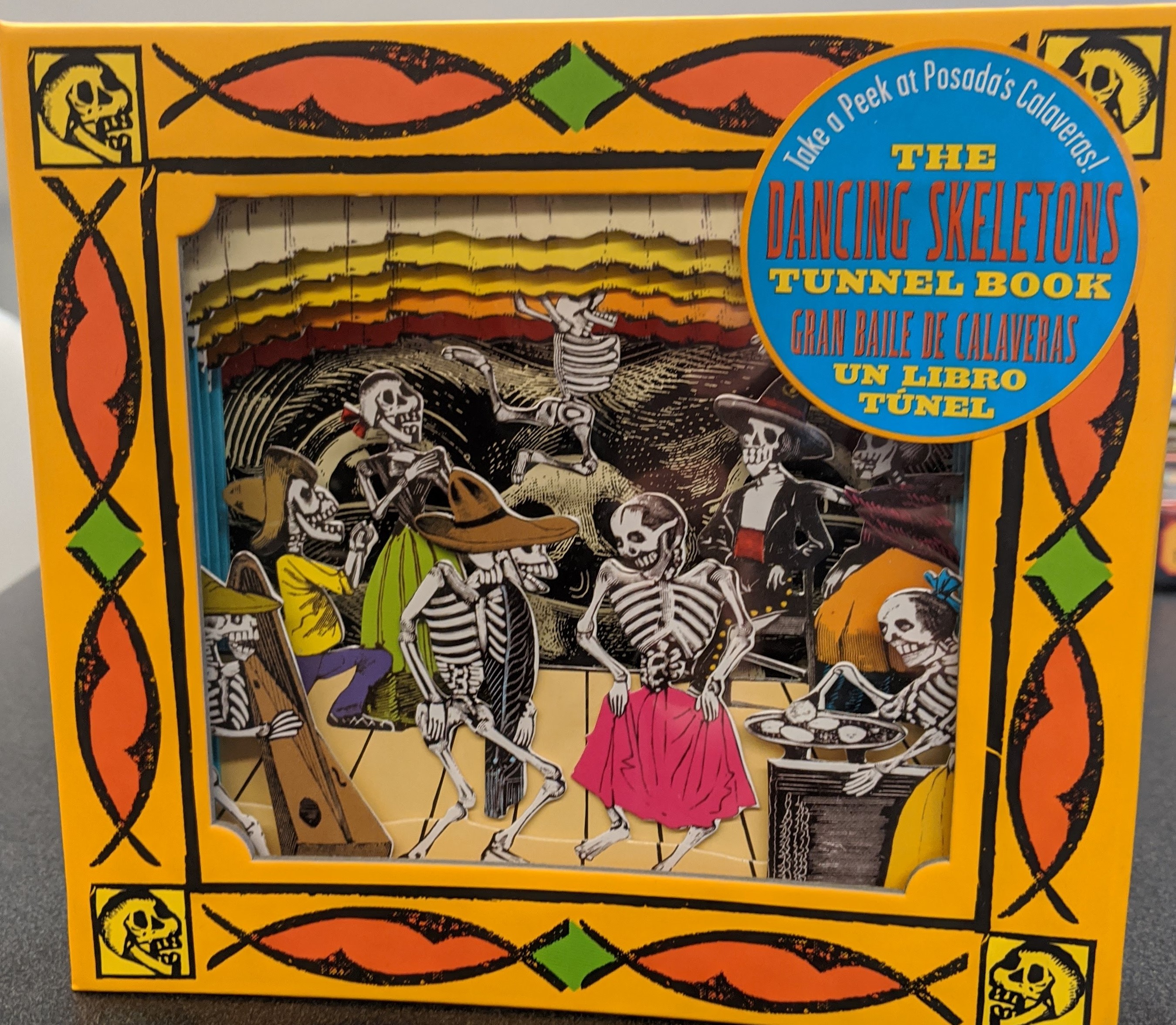 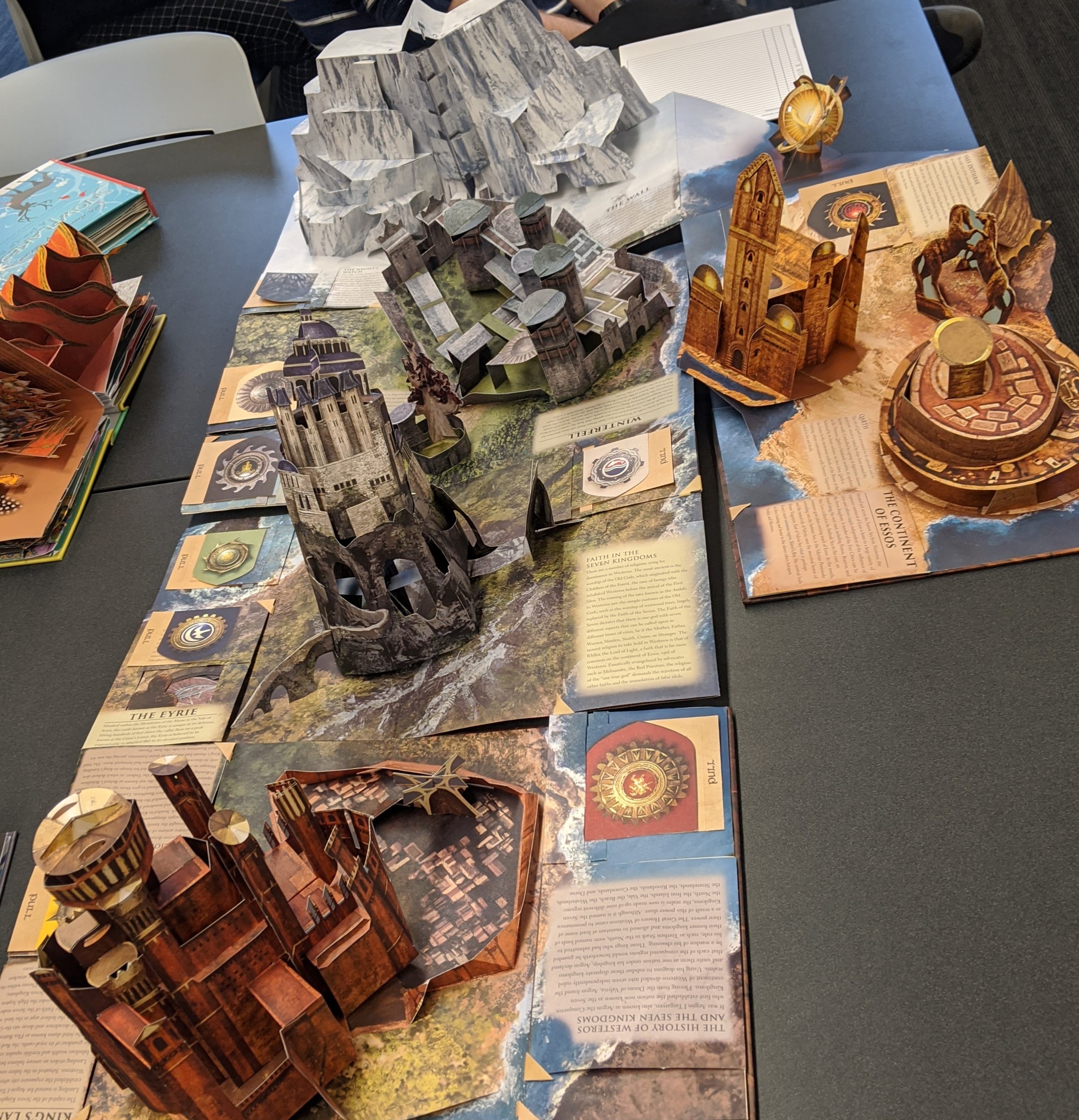 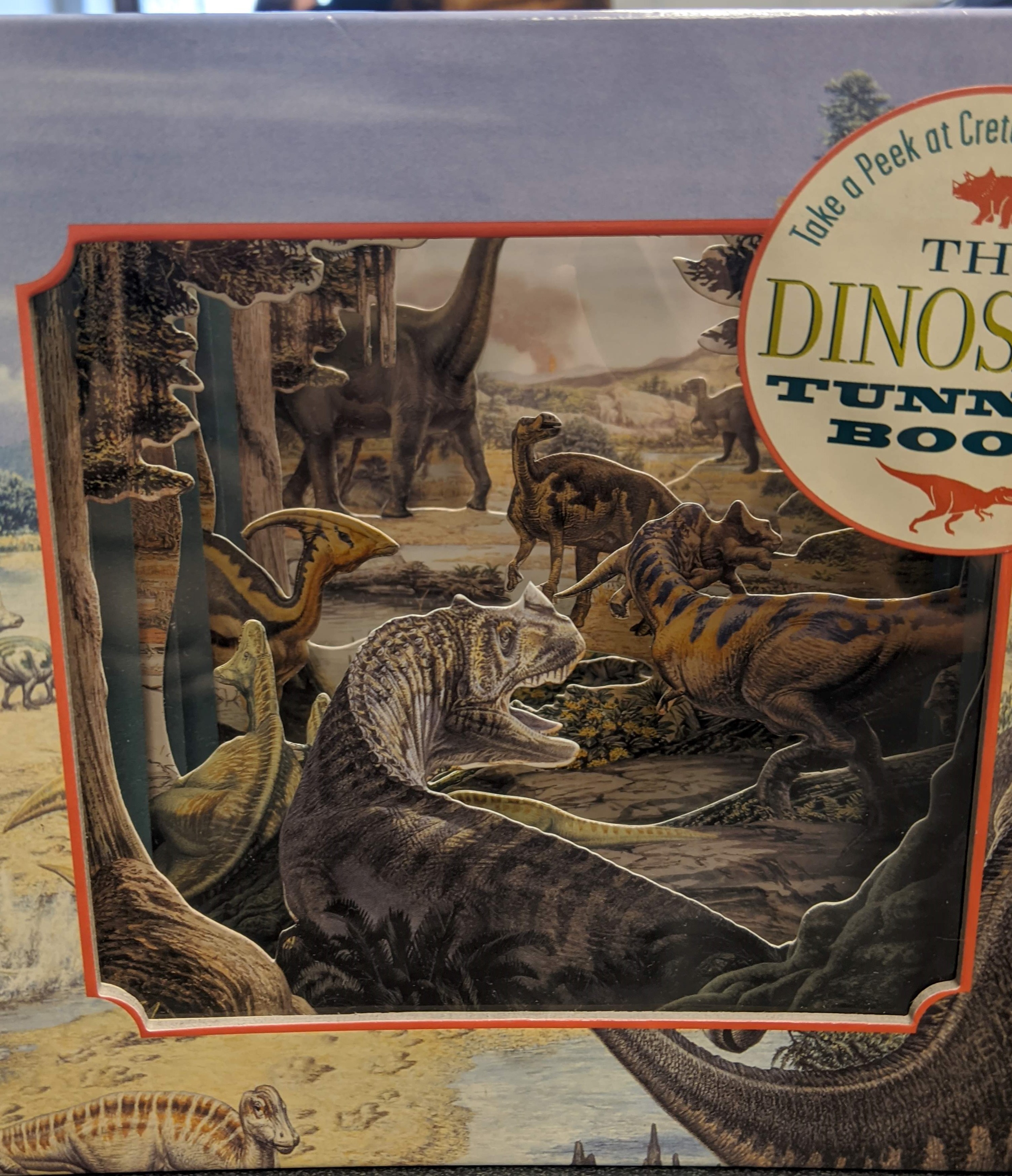 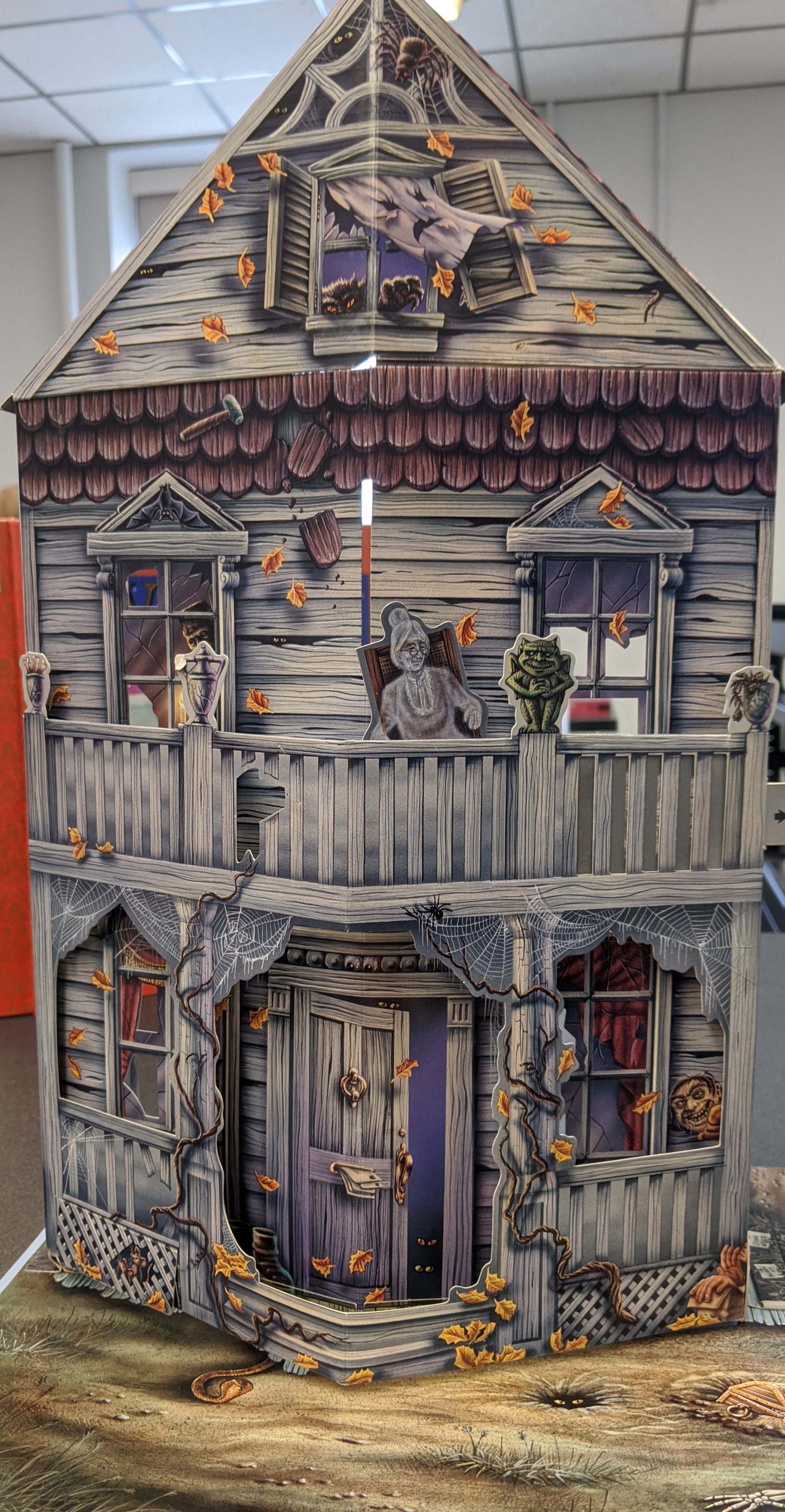 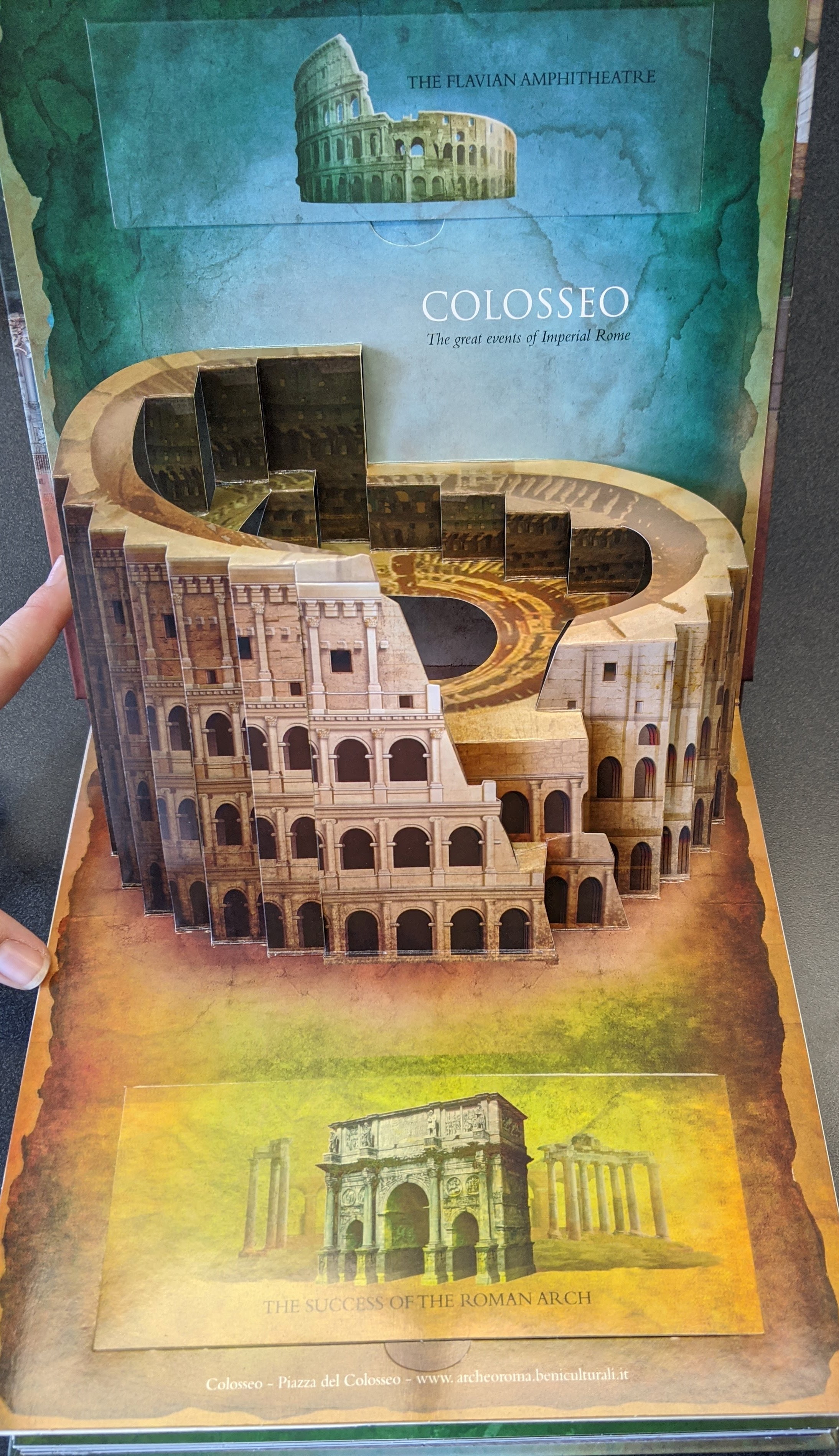