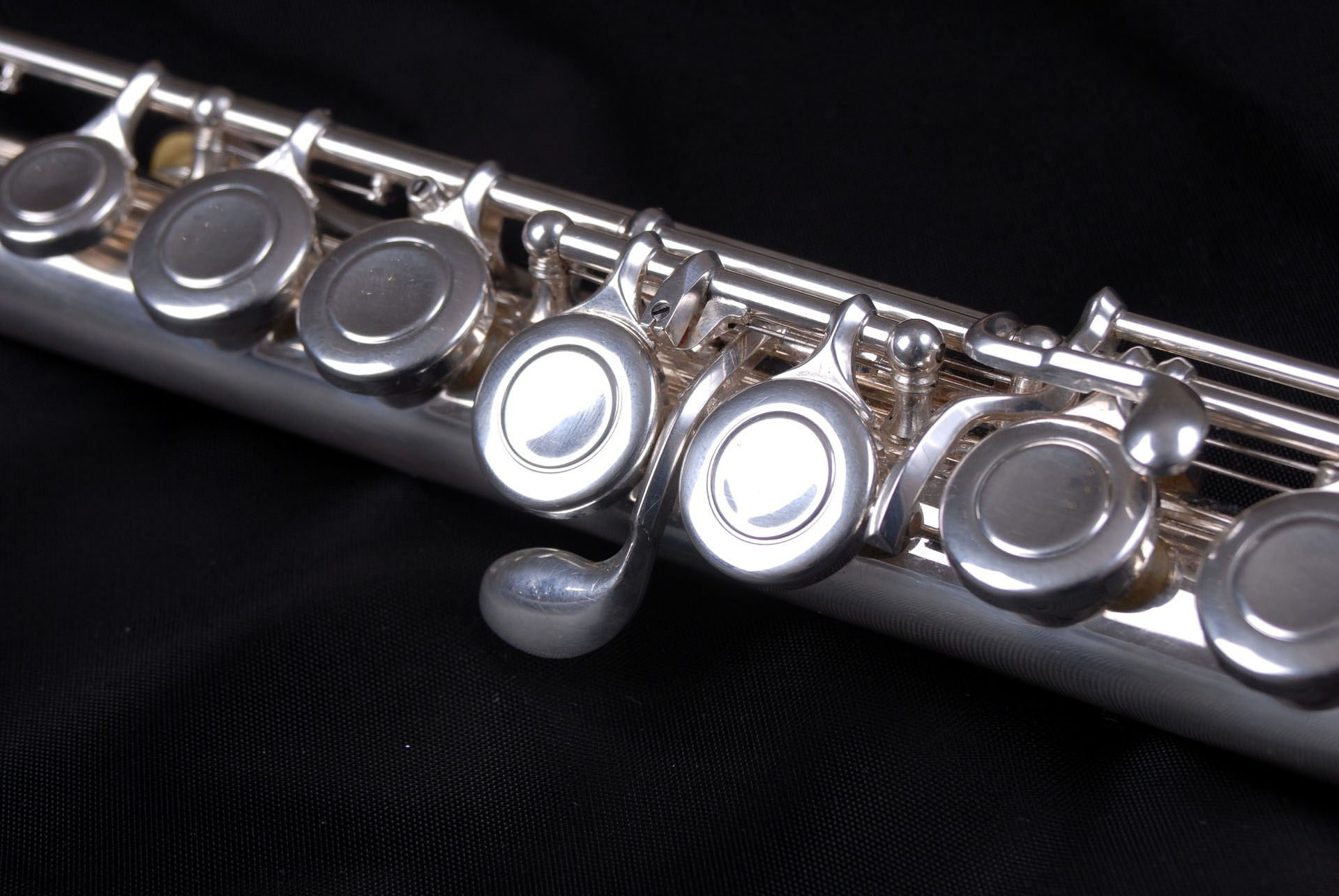 "A[n] instrument made of metal or wood consisting of a long tube held sideways, having a hole near one end for the player to produce the sound, as well as a number of toneholes to control the pitch. The end-blown flute (sometimes called a rim-flute) normally has the rim chamfered externally to produce a better edge and thus aid production of the sound.

Generically, a flute is any instrument having an air column confined in a hollow body – whether tubular or vessel – and activated by a stream of air striking against the edge of an opening, producing what acousticians call an ‘edge tone’; flutes are therefore often called edge-tone instruments. The pitch produced is determined mainly by the length of the tube or the volume of the vessel, although other factors such as the shape and diameter of the air body and the area of any open holes (including the embouchure hole) are also influential."